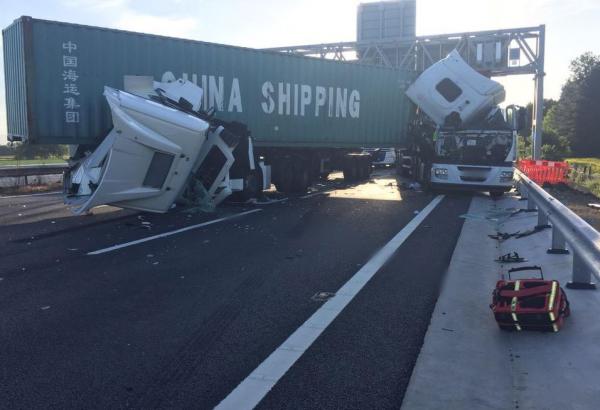 What seemed like a serious crash this morning on the A14 didn't deter some motorists from filming of taking pictures from the opposite highway.  15 in total will receive letters telling them they are to be prosecuted for  using a mobile device whilst driving.

One of the lorries was carrying seven-and-a-half tonness of Teddy bears. Two drivers were taken to hospital with minor injuries. No of the loads actually spilled on to the carriageway. The collision on the westbound carriageway between Histon and Girton was reported at about 5.45am and took until  13:15pm to clear.

The Bedfordshire, Cambridge and Hertfordshire Road Division is now investigating the cause.

Picture: Two drivers were unscathed and two went to hospital. 15 Motorist were nicked for using their mobile phones to capture the scene.