2020 Vision to Hit Contractors Next Year 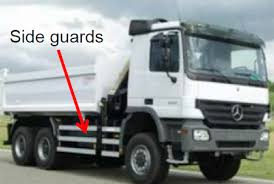 The Mayor of London, Sadiq Khan, has announced proposals to make London’s roads safer for pedestrians and cyclists by removing the most dangerous lorries from the capital’s roads by 2020.

TfL’s Direct Vision Standard, a world first, will use a ‘star rating’ from 0 to 5 stars to rate construction and other heavy goods vehicles based on the level of vision the driver has directly from the cab.

Under the plans to be consulted on shortly, the most dangerous ‘off-road’ HGVs will be banned from London’s streets entirely by January 2020.

Recent data shows that HGVs were involved in 22.5 per cent of pedestrian fatalities and 58 per cent of cyclist fatalities on London’s roads in 2014 and 2015, despite only making four per cent of the miles driven in the Capital. The restriction of drivers’ field of direct vision by vehicle design has been proven to have contributed to many of these fatalities.

TfL and the wider Greater London Authority group will lead by example and adopt the new Direct Vision Standard in all future contracts from the new financial year, to ensure that no trucks with poor direct vision are used in their future supply chains.

The Mayor and TfL will also work with developers and councils to encourage them to do the same, and the Mayor has pledged to continue pressing the EU to introduce new EU wide safety standards for HGVs.

Picture: New vision standards will be applied to vehicles in the capital