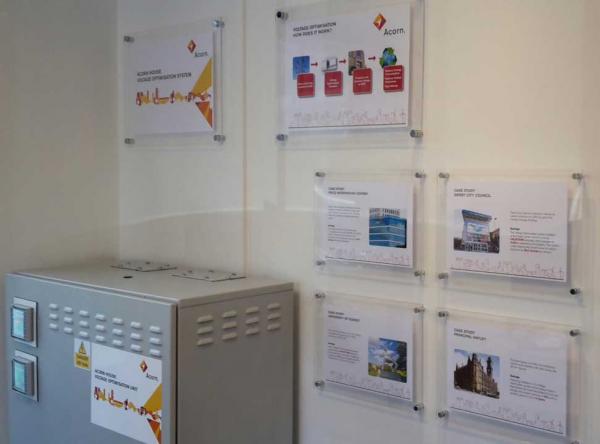 Acorn has achieved the Planet Mark for the second year running. Using the internationally recognised Planet First Protocol methodology, during 2014 the carbon footprint for Acorn's Slough head office was calculated at 324 t/CO2e, a reduction of 7%. The firm has been working hard to reduce its carbon footprint and had targeted a 5% reduction.

Scope 1 had a 10.6% reduction between 2013 and 2014, because of a reduction of emissions from the fleet which had been updated with more fuel efficient vehicles and by using a tracker system more effectively.

Scope 2 had a 0% change in electricity usage. Consumption actually fell by 9.8% which was improved by LED installations in Acorn House. However, there was a 10.9% increase in the emissions factor which meant the overall carbon footprint remained the same.

Scope 3 which included waste, water, travel and paper usage increased by 12.5% which gives scope for improvement but is also a sign of business growth.

Since achieving The Planet Mark in July 2015, Acorn has introduced some new initiatives to improve performance including installing a voltage optimisation unit at Acorn House which will also prove the technology which the company is currently recommending to its clients.

Acorn has also introduced a robust recycling system to reduce the carbon emissions from waste disposal. The company is also introducing double sided printing and encouraging employees to only print if necessary to help with paper usage.

Picture: Acorn has installed a voltage optimisation unit at Acorn House which will also prove the technology which the company is currently recommending to its clients