All Connected and Raring to Go 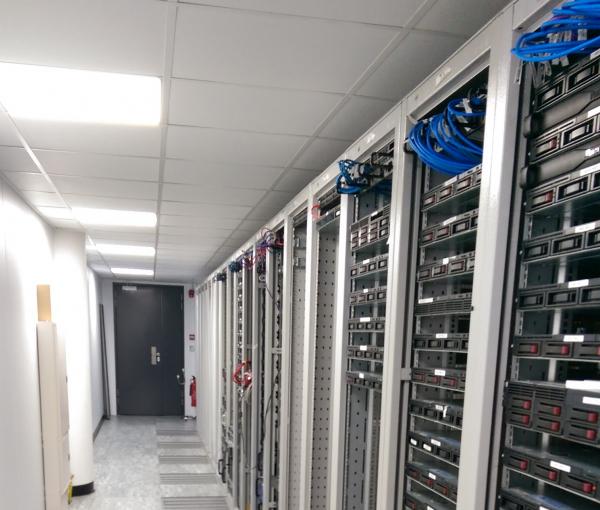 The Vision247’s data centre in Chiswick Park in London is fully operational with connections to the predominant data centres via a proprietary fibre optic ring.

The new facility at is claimed to offer state of the art network and hosting capabilities and is physically connected to data centres such as Telehouse North and Telehouse West via a proprietary fibre optic ring which is totally diverse.

The Vision247 network is interconnected with major national and international carrier networks and to the two major English IXP (Linx and Lonap) to support expected connectivity needs.

From a broadcaster perspective, the network is already interconnected with the leading satellite/telco operators and teleports, e.g. Arqiva, Globecast, RRmedia, BT broadcast services, Luxlink. On a daily basis Vision247 makes new interconnection agreements with other affiliates to be able to deliver the customer’s content through cross-connections in SDI, IP or ASI formats.

Full support for MPLS/VPLS is available across the whole network, a design built from the beginning to guarantee 99.99% network uptime and the optimal delivery of video /voice /multimedia and in general very low latency services.

The network cabling is based on two separate and independent distribution layers which serve all racks according to an ANY-to-ANY scheme allowing customers to interconnect with each other, reportedly neutrally, flexibly and ‘extremely quickly’.

Vision247’s facility is served by two power feeds from two different sections of the UK Power grid (from north and south) which should make it virtually impossible for the data centre to be affected by a power cut lasting more than minute.

The entire facility is powered by two UPS which serve all racks through two separate distribution panels to which the customer devices can be simultaneously connected. In the case of a sustained outage, the data centre is equipped with an emergency auxiliary diesel generator with a capacity in excess of the maximum load of the data centre itself.