All Systems Go for Garden Development 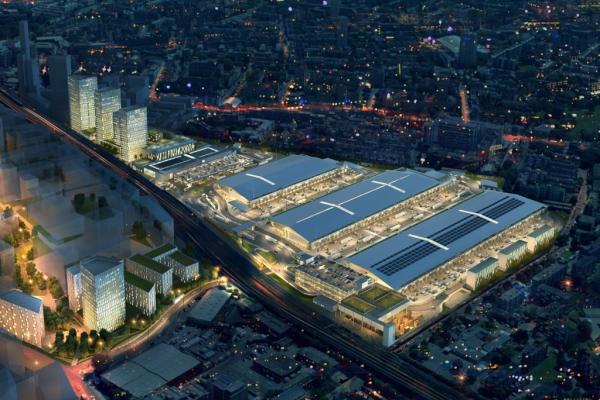 A £2 billion market project has been given the go ahead for New Covent Garden Market.

The10-year project will see the building of a 500,000sq.ft market south of the Thames with the prospect of the creation of thousands of new construction jobs.

Unconditional planning agreements for the £2 billion New Covent Garden Market have now been granted that allows development partners Vinci and S. Modwen to commence work on the site.

The scheme should also provide a boost to the local infrastructure with new housing, office space and a host of community facilities set to be built as well.

Work at the 57-acre site in the Nine Elms regeneration zone, on the south bank of the River Thames between Vauxhall Bridge and Battersea Power Station, is set to get under way in the summer. It will see modern market facilities built across 37 acres, leaving 20 acres of land for additional work.

There will be space for approximately 200 business in the market, while 3,000 new homes, 135,000sq.ft of office space and 100,000sq.ft of community facilities, including shops and restaurants, will also be developed. The whole area will be a hive of activity that will also see the new American Embassy and Battersea Power Station redevelopment project.

“This latest milestone enables the start on site of this major transformational project,” declared Bill Oliver, CEO, St Modwen and director of Vinci St Modwen (VSM). “It will deliver a substantial positive economic impact in terms of employment, housing, and investment for London.”