All The President's Men - A Cover Up At TWinFM 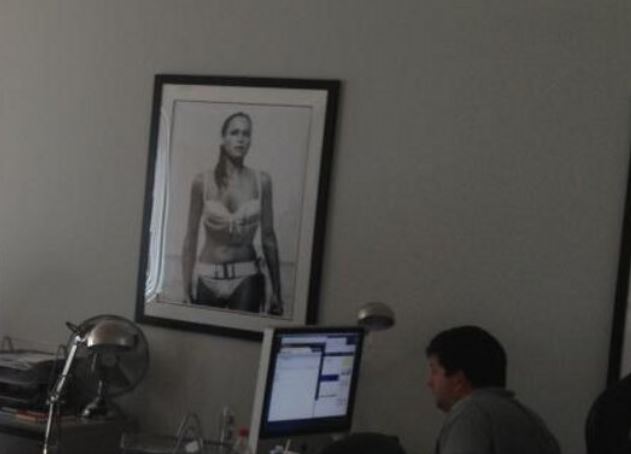 Brian Shillibeer, ThisWeekinFM's Founder & Chief Correspondent says there will be no Ring Girls at the organisation's 2018 Charity Boxing Night

Since the inception of ThisWeekinFM - I have not chosen to write any opinion pieces in the way that I used to do way back when Laurence Allen (my co-founder of TWinFM) and I were working to serve a sector that wasn't even called FM yet.

However, I feel compelled to take up the pen against a slur on ThisWeekinFM's reputation - and thus on mine and that of my business partner, friend and colleague.

It has been suggested that the arrangements for ThisWeekinFM's 2018 Charity Boxing Night are not commensurate with ideals on gender equality - and that is not the case.

Laurence Allen and I first worked together from the mid-80s to the Millennium side-by-side with women forging careers and competing on exactly the same playing field as their male colleagues. Side-by-side with highly respected female journalists, talented female sales people and successful female print production executives.

But we did let those execs visit printers where pictures of scantily clad women adorned the walls of the offices as well as the press halls. It took a while admittedly, yet we were eventually prepared to stop doing business with those who would not change.

Fortunately they all changed...as the better of us all do in time. And as you can see, the reason for above history, is to show lessons can be learned along the way.

The nub of the matter

I'll come back to the theme of history and lessons learned another time but let's now get to the crux...

The proprietor of an online FM trade publication has taken to Twitter to ask one of our customers the following: Boxing evening are you sponsoring the 'ring girls' again this year? If so what does that say about your attitudes to women in FM and your organisation?

Above is a picture taken from the Twitterer's Twitter masthead - I think it may well be his offices.

The Tweet has raised a few questions and comments but as you'll see below, ThisWeekinFM is not rushing for a cover up nor to make hollow political apologies - we've had Ring Girls. We don't now.

By the way, here is a link to another article where Ring Girls are referenced by the same author who goes on to declare that it's OK to go to lap dancing clubs in your own time but not with clients, colleagues or prospects - Click Here

Funny, I would have thought that respect for women (in FM or otherwise) would not take time off at the weekends - but that's me.

ThisWeekinFM has run its Charity Boxing Night on three previous occasions. At each of those events, our Boxing Promoter has organised for exotic dancers from Platinum & Lace (P&L) to attend and promote a post-event party. Ring Girls - the women who parade around the ring with a board showing the number of the next round of boxing have come from that group.

Since the outset, we asked for at least one Ring Boy but couldn't get one to volunteer. We've also asked for a female boxing bout - but sadly we are told there are few women fighting at the lower-pro and semi-professional levels.

At the attendee level, we have ensured our night has been as open and diverse as possible with a good number of women coming along.  But we would be lying if we said this was anywhere near a fifty-fifty split...but hearsay informs us that a few women attendees unabashedly joined their male counterparts at P&L - and why not?

By Charity Boxing 2, we insisted the dancers attending but not allocated as Ring Girls, wore attire in keeping with a Black Tie and Posh Frocks event - and I'm pleased to say the girls came in posh frocks and the boys came in dinner jackets and bow ties! The same again for Charity Boxing 3.

For round 4, there will be no exotic dancers. No promotion of Platinum & Lace. There will be appropriately dressed male or female Round Announcers, stewarded by our professional Ring Master & Master of Ceremonies.

Acting on our own accord

We didn't bow to the furore surrounding the President's Club, nor fall in with Formula 1 or the Darts (only one organisation has dropped women escorting throwers to the ockkie - and boxing in general has not dropped Ring Girls at all). We didn't fall in with anybody. Laurence and I decided it was time to grow to our full stature and decline to go along with the boxing industry standard and apply our own (much to our promoter's dismay and to pleas to take £7,000 worth of tables).

The decision was taken in October 2017. The author of the items mentioned above has made reference to promotional material from October 2016.

Laurence and I have partners and daughters and grand-daughters and we regret not telling our printers what to do long ago. But let me make it quite clear, we are not frowning on those that choose to go to Platinum & Lace, nor are we frowning on those who work there. Nor are we going to frown on someone who puts up a picture of Ursula Andress in their office. It's just, we wouldn't do it. And if we don't do it, we shouldn't be providing a platform to encourage others...a lesson learned I hope.

Come if you want, don't if you don't

We originally became involved in boxing not just because it gave us an opportunity to do something different at an industry socialising level, it also had the prospect of being a televised event (on London Live) - something we could leverage to promote FM to a wider audience. However, the financial risk of doing so didn't work - the Charity Boxing Night, as its name suggests, is not a profit maker. It is there for the industry and for our charity partners, especially Boxing Futures who work to use the sport as a means of keeping young people out of trouble.

We already have a thriving Networking Club and the Summer Boat Party. We put on a number of high profile conferences and seminars and we've launched the FM Regatta - and there's more to come.

The events produced for networking and relationship building are structured planned and available to all and mostly are not done for profit but for the success and satisfaction of being part of an industry that doesn’t discriminate and is actively pursuing a better balance.

We hope to see lots of you at one event or another but we understand that if you think our previous support for P&L means you can't come to the boxing - don't. If you think the tragic death of a boxer at the weekend means the sport should be banned - don't come either. If you think horse racing is cruel - don't go to Aintree...or football is boorish and rugby for hooligans or Germaine Greer is unsympathetic to the transgender community or whatever, hold your own opinion - but remember others are entitled to theirs.

And I will leave you with the opinion of a certain lady close to me when she heard the debate outlined above: "How pathetic," she said. "I hate faux feminist Xxyxyxers" (there was another F word in there and a few more to boot). "They don't know what feminists want and they do more harm than good with their ridiculous posturing. They ought to compare the women cleaners on minimum wage and the 'girls' earning 7 or 8 times that a year and work out who is empowered and who (in FM) is disrespected."

I love my liberal, foul-mouthed, feminist - but I wouldn't want to cross her.

However, you are entitled to reply or express any opinion you want. You can email me here - brian@twinfm.com

Or you can use the buttons below to communicate via the Social Media of your choice. I will read everything and attempt to reply.

Over half of UK adults say that they are ready to learn new skills or completely retrain in order to improve future employability - only 11% say they are not. Yet...