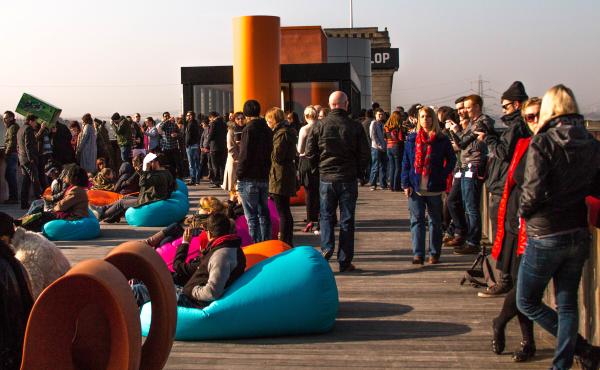 In line with its purchase of a 175,000sqft office campus in Hemel Hempstead, Tristan Capital Partners has appointed property advisory firm Capital Properties to manage the site on behalf of the fund.

Westside is the second Tristan Capital asset to be added to Capital Properties’ portfolio, following the company’s appointment on Birmingham’s Fort Dunlop building last year. In addition to core property management services, Capital Properties states it has implemented a ‘place making strategy’ which involves a series of pop up events including, most recently, a rooftop viewing of the solar eclipse.

Westside, located in the Hertfordshire village of Apsley, offers commercial space ranging from 500sqft-95,000sqft over four floors and is already home to major tenants such as Epson UK. Capital Properties will be responsible for the site’s FM, including M&E maintenance, security, health and safety and cleaning services.

Picture: Capital Properties has organised a series of pop up events including, most recently, a rooftop viewing of the solar eclipse at a Hemel Hempstead office campus.

Strathclyde University’s Jordanhill Campus is up for sale in the largest development opportunity in Scotland so far this year. Set in a predominantly residential...