Armed Up to the Kilt 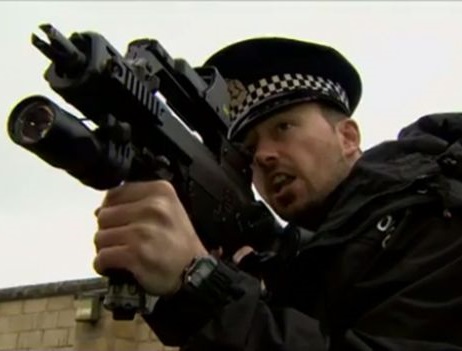 Police Scotland is to increase the number of officers within armed policing - it says to help maintain the safety and security of communities.

Assistant Chief Constable Bernard Higgins, Operational Support, said plans were being taken forward to recruit 124 officers from across Police Scotland to enhance the capacity and capability across the country in response to any emerging threat.

The Scottish Police Authority and the Scottish Government have been fully involved in discussions around the increase, which is an operational decision for the Chief Constable. In April this year the National Police Chiefs’ Council announced extra officers and training for England and Wales.

The increase is in response to the latest assessments of threat from terrorism and criminal use of firearms. However, it would still mean that fewer than three per cent of officers are deployed in a firearms capacity in Scotland, which is comparable with other forces in the UK.

The availability and use of armed officers is seen as critical factor in the response to a number of incident types including terrorism.

Assistant Chief Constable Higgins said: “The threat level to the UK remains severe. There is no specific known threat to Scotland and this increase is not a response to any direct intelligence; but we must play our part in ensuring the safety and security of the whole of the UK. It would be dangerously complacent to think that Scotland is any less at risk than the rest of the UK and this move helps enhance our response. Our thinking moving forward is based upon ensuring Scotland is as well protected as anywhere in the UK and that we are a strong contributor to the overall security of communities in the UK.

”Our focus remains absolutely clear: to protect the public; reduce the risk posed by criminals including terrorists; and ensure we respond swiftly, effectively and decisively to any threat."

Picture: The increase in Scotland's armed police capacity and capability is expected to be complete by the spring/summer 2017