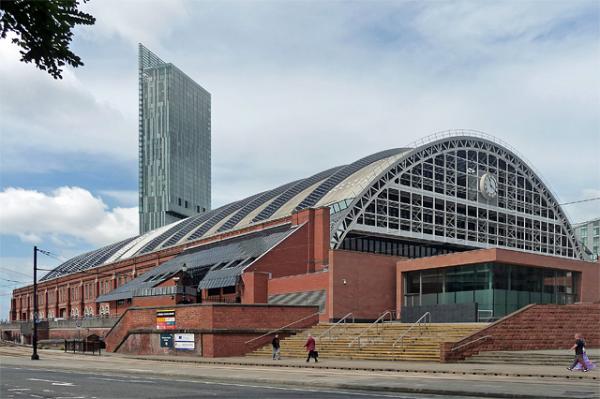 AVEX 2015, seen as the vending sector’s most important biennial event, takes place from 30 June-1 July at Manchester Central. It will be opened by the former athlete, Kriss Akabusi.

Over 120 exhibitors, including major brands, e.g. Siemens, Soda Stream, Kellogg’s, Douwe Egberts and Walkers, will be displaying their latest products and ‘greatest innovations’ in vending at the show.

AVEX 2015 will also feature two new areas – Barista Street, where visitors can see and taste the latest innovations in Bean to Cup coffee machines and the Health and Wellbeing Zone that will feature the healthier options now available in vending.

Technology will form a major focus of the show – the latest vending machines featuring telemetry, facial recognition technology and cashless payment options will be on display.

The history of vending is also well catered for. Some of the world’s rarest and most iconic vending machines from across the decades will be displayed at AVEX, including Kellogg’s famous solar powered vending machine and a vintage style photo booth machine. A replica of the world’s first ever vending machine, created 2,000 years ago by ancient Greek mathematician and engineer, Hero of Alexandria, to dispense ‘holy’ water.

Picture: Manchester Central is the venue for what promises to be a very busy AVEX 2015 at the end of the month.