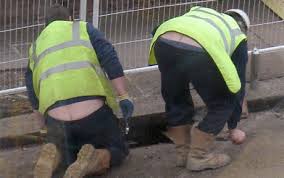 Construction firms are being urged to do more to end the curse of bad backs for builders by ECIS, the employee benefits company for the construction industry, which has stated that firms must do more in dealing with bad back syndrome. It is also calling for businesses to put as much focus on the musculoskeletal health of office based staff as those working on site.

Bad posture at work is a major cause of lower back pain which affects 44% of the UK population. Approximately 7.6 million working days were lost due to work related back pain and other musculoskeletal disorders from 2010 to 2011. It is also the most common cause of long term illness after stress.

The construction sector is particularly prone to musculoskeletal issues, representing around 55% of all health insurance claims with much of the focus on health and wellbeing has been on preventing injury of tradespeople on site.

“Prevention is always better than cure so encouraging better posture in staff could go some way to addressing back pain issues in the workplace,” explained Phil Scarrett, Sales and Marketing Director, ECIS.  “The challenge for many sufferers though is getting speedy access to the right treatment with doctors appointments increasingly difficult to come by and waiting times for treatment around six to eight weeks, according to the Chartered Society of Physiotherapy. We know that early treatment can cut days off work from seven to four.”