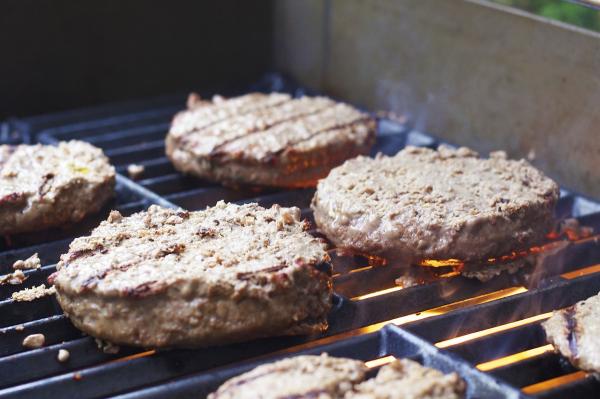 Over five million Brits are at risk of food poisoning from pink burgers at bank holiday barbecues, according to research released this week, (on National Burger Day), by the Food Standards Agency.

The research reveals that despite 71% of people stating that they are concerned about food poisoning, over a third (36%) of Brits would eat a burger that isn’t fully cooked through. More than one in 10 said that they actually prefer burgers cooked this way. When cooking them at home, 81% of those admit to undercooking them.

The FSA is encouraging the cooking of burgers all the way through – until steaming hot throughout, there's no pink meat in the middle and the juices run clear. Even those who wouldn’t usually choose a rare burger could still get ill this weekend, with one in four admitting that they would eat one if it was given to them.

Steve Wearne, Director of Policy at the FSA, said: "It’s important that people realise that burgers are not like steak. Harmful bacteria can be carried on the surface of cuts of meat. When a rare steak is seared these bacteria are killed but burger meat is minced so bacteria from the surface of the raw meat gets mixed all the way through the burger. These bacteria can remain alive on the inside, unless the burger is fully cooked through, no matter how good quality and expensive the meat."

While most people know that undercooked chicken and pork can cause illness, many wrongly believe that all red meats are safe. Nearly a third (32%) of all Britons incorrectly believe that eating a rare burger is the same as a rare steak when it comes to food poisoning risk.

Picture: Are you too late to share this story in the workplace before staff head home to take their health (and their burgers) in their hands