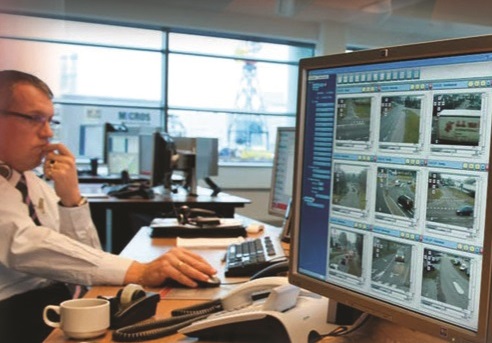 A major insurance company based in the City of London no longer needs manned guards operating 24 hours a day, seven days a week because of a remote reception system.

The ‘remote reception’ facility operated by Trigion Security Services means that while guards continue to work during the day, interacting with staff and visitors, they are not required outside office hours.

Instead the building is monitored remotely at Trigion’s security operations centre. Nominated individuals can still enter the building when they want to because of ‘entry call points’ which Trigion uses to visually verify their identity remotely.

The result is that guards no longer have to work unsocial hours or attend the building on call with keys to grant access. The ‘remote reception’ also produces savings of approximately £50,000 a year on guarding costs for the insurance company, after the first year when the costs of the system installation have to be accounted for.

As well as the direct savings on security, Trigion estimates that there are savings of £13,000 a year on electricity alone now that the building can be unoccupied overnight and at weekends.

“Although the City of London may not be considered a hotbed of crime, there were nearly 6,000 reported incidents in the Square Mile in 2015 and burglaries accounted for 248 of them,” explained Neil Ricketts, Technical Director (Electronic Security), Trigion Security. “When you have expensive equipment and more importantly, thousands of customers’ sensitive personal data, it is vital that your premises are completely secure. We believe our ‘people plus technology’ option means that constant security is maintained in a more cost effective manner.”

Picture: Remote reception systems can save thousands of pounds which appears to be happening with one insurance company in the City of London

The UK public has been left feeling vulnerable following an increase in highly personalised cybercrimes according to Get Safe Online, the joint public private internet...