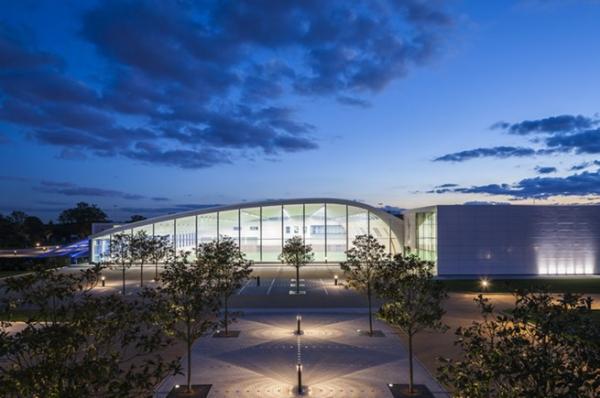 Would you believe it - there's been another explosion on a London Underground train. This time on Tues 26 when the emergency services were called at around lunchtime to reports of smoke on a train at Tower Hill. Turns out it was a small explosion believed to be caused by a mobile phone charger. There was no fire when firefighters arrived.

Meanwhile a proper fire did breakout on Thurs 28 - again not a biggy but potentially disruptive none-the-less. The London Fire Brigade were called to a  water pumping station on Nine Elms Lane in Wandsworth  and crews extinguished a fire using dry powder and then once they had ventilated the area took the affected pump apart to ensure the fire was completely out. By successfully containing the fire to the one affected pump and stopping it from spreading to the others in the building, the emergency services were able to prevent the incident from having any impact on the local water management system. Well done all the fire brigades around the county. They do a lot to keep our buildings and services running - often without the credit they deserve.

Police were called at approximately out on Saturday, September 30 to reports of a man believed to be acting suspiciously on an underground train.

Several people subsequently reported hearing a bang. No firearm or any other object was seen.

Officers, including firearms officers and the British Transport Police, attended the Old Street area and the station was temporarily evacuated.

There were no injuries; nothing suspicious was found and the incident was stood down.

Saturday, September 30 morning saw four fire engines and 21 firefighters and officers called to a fire at a building under refurbishment in Southampton Row in London's Holborn. Part of the basement of the building was damaged by fire. The cause of the fire is under investigation by the Brigade and Metropolitan Police Service.

Friday Sept 29 afternoon saw many of the UK's national newspapers run a story that Tottenham Hotspur's new multi-million pound training ground had been evacuated in a major security alert after the discovery of a suspected unexploded Second World War bomb. The bomb squad (without specifying military or Met Police), we were told, got there at about 3:00pm and left just before 5:00pm. The various Tottenham football teams would have all left for their respective weekend fixtures.

ThisWeekinFM checked with both the Army Bomb Disposal Squad and the London fire Brigade before the Metropolitan Police Press Bureau confirmed this was a minor incident handled by local police: ' Police in Enfield were called at approximately 15:06hrs on Friday, 29 September to Bullmoor Lane, EN1 after a suspected WWII ordnance was uncovered in the Tottenham Hotspur training ground. Cordons and road closures were in place while specialist officers assessed the device. A few residential homes were also evacuated as a precaution. The item was removed and the incident stood down at approximately 16:40hrs'.

The construction of the facility had left behind a random piece of metal, which when uncovered, caused the alert.

In the first call out, the Defence Forces deployed a Bomb Disposal Team to Grange Community College in Coolock. A quantity of 2, 4-Dinitrophenylhydrazine was removed from the school to a safe location, where it was destroyed by means of a controlled explosion.

In the second callout, an Army Bomb Disposal Team removed a quantity of  2, 4-Dinitrophenylhydrazine from St Maryâ's Secondary School in Macroom, Co. Cork. The chemical was removed to a safe location and destroyed by means of a controlled explosion.

2, 4-Dinitrophenylhydrazine is a chemical reagent which is found in laboratories. It can become unstable over time if it crystallises.

These were the 185th and 186th call out of Irish Bomb Disposal Teams this year, and the 21st involving substances of concern.

The Tottenham Hotspur Training Centre has been built on 77 acres and is located on Hotspur Way, Enfield. The state-of-the-art facility includes a covered artificial pitch, player preparation areas, pool and hydrotherapy complex, altitude room, large-scale gymnasium and specialist sports rehabilitation suites. There are 15 grass pitches across the site.

A focus has been on enhancing and reinstating key features of the local environment including restoring historic hedgerows and field boundaries as well as significant additional planting, an organic kitchen garden and orchard. The Club has planted over 150 new and semi-mature trees and thousands of new plants, hedges and flowers across the site in order to establish and enhance the ecological habitat. An attenuation pond has been installed to establish a wetland and intermittent wetland habitat with natural plant and wildlife, which is also designed to control the flow of water off site through the historic restored sleuss gate.

The main building is highly energy efficient. The ETFE roof over the artificial pitch uses a similar material to that used for the biodomes at the Eden Project in Cornwall. A sedum 'green' roof has been installed to significant portions of the main building to provide an ecological roof covering and enable the capture and re-harvesting of rain water across the centre.

Over 10% of energy is produced on site through some form of renewable source such as the photovoltaic array on the main building roof and the air-source heat pumps which provides the building cooling system.