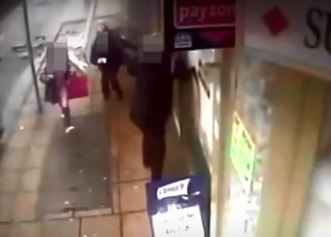 A mother and her two children had a miraculous escape according to The Chronicle after manhole explosion in Northampton. The three narrowly avoided serious injury as they had just walked past where the blast occurred.

CCTV footage shows mum and children walk past a cash point  and then run for their lives when they hear the explosion behind them.

Northamptonshire Fire Service says the explosion was caused by an electrical fault - which seems to be the cause of a more and more frequent occurrence.

A large trench has now been dug by Western Power to allow for repair work.

Picture: A still from the CCTV footage.