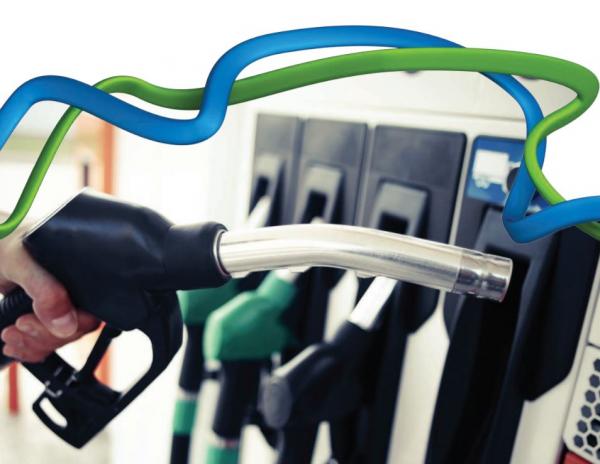 Biofuels have a role to play in meeting the UK’s commitments to climate change mitigation, especially so-called second generation biofuels made from wastes and by-products of other sectors, according to a major new review of the sustainability pros and cons of biofuels by the Royal Academy of Engineering.

Such fuels can be sustainable and could make a real impact in reducing carbon emissions, although action is needed to manage the risks involved, improve traceability and avoid fraudulent practice.

While biofuels have been enthusiastically adopted in some countries, notably Brazil, first generation biofuels manufactured from crops such as corn have proved controversial. There have been concerns that increased demand for crops drives the conversion of land to agriculture, with the consequent risks of an increase in deforestation, drainage of peatlands, loss of biodiversity, as well as associated usage of freshwater, fertilisers and pesticides.

The Academy report finds that we now understand much more about what specific crops and regions pose a high risk of land use change and how these risks can be managed, and it sees a continued role for biofuels from some agricultural feedstocks. However, it also calls on government to incentivise the development of second generation biofuels in the UK, in the first instance those derived from wastes and agricultural, forest and sawmill residues. These might include converting waste cooking oil, municipal solid waste, the dregs from whisky manufacture or even fatbergs - the bane of sewer management companies - into useful fuel.

Growing energy crops is also recommended, particularly where it can be done on marginal land that is unsuitable for food production, housing or has been degraded through deforestation. These sources of biofuel can most effectively avoid the risk of land use change and more generally make use of biomass and land areas that would otherwise have little or no value.

However, it is vital that the sector is properly regulated with clear and consistent categorisation of wastes and residues to help avoid unintended market distortions within the UK and internationally. Accreditation standards are currently voluntary and while some bodies such as the Roundtable on Sustainable Biomass have developed comprehensive standards covering social, economic and environmental aspects, much of the industry works to minimum standards. The Academy wishes to see more comprehensive requirements imposed on issues such as traceability to guard against fraud. Requirements should also cover social and economic impacts such as labour conditions.

In a bid to meet the EU target of 10% by 2020, fuel suppliers are already blending biofuels into the petrol and diesel we use in our road transport, up to a level of 4.75%. The Academy recommends increasing the level of biofuels required under the Renewable Transport Fuel Obligation in order to help meet climate change mitigation targets. This will also drive the development of the sector and help it develop the fuels needed to decarbonise particularly challenging sectors such as aviation, shipping and haulage, where there are few other low-carbon options.

The report also recommends evaluation of other sustainability issues beyond the carbon footprint of biofuels, including competitiveness of biofuels with fossil fuels, food, energy and water security, employment provision, rural development and human health impacts. Health effects are particularly important in view of the current debate on urban emissions from diesel vehicles.

Professor Adisa Azapagic FREng, Chair of the Academy’s working group on biofuels, says: “Our report shows that, with the right safeguards and monitoring, biofuels from waste in particular are well worth pursuing from a sustainability point of view and also provide business opportunities for development.”

Picture: What are the pros and cons of biofuels for transport and energy?