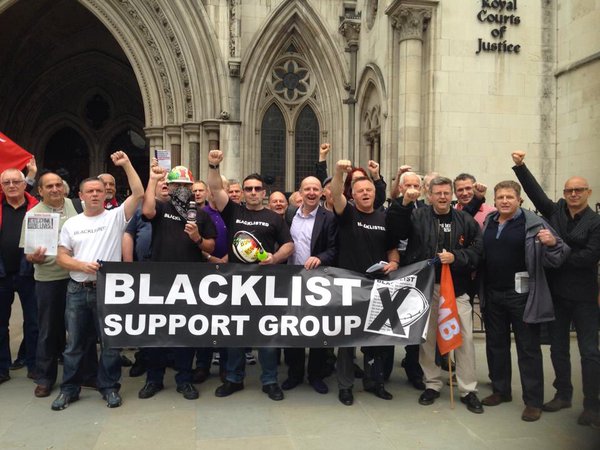 What has been an epic struggle between unions and construction companies involved with a blacklist of workers has been resolved with more than £10 million in compensation.

Unite, the country's biggest union, declared that the compensation could range from £25,000 up to £200,000 per claimant, depending on factors, e.g. loss of income and the seriousness of the defamation.

The trades union stated that its ‘determined legal stance’ had resulted in a further £4 million for 97 of the 256 claimants whose original compensation offers Unite said was ‘inadequate’.

The major companies fighting the claim were Balfour Beatty, Carillion, Costain, Kier, Laing O’Rourke, Sir Robert McAlpine, Skanska UK and VINCI against the Unite, UCATT and GMB in what turned out to be a five-year struggle.

In a landmark case involving an alleged blacklisting conspiracy hundreds of workers lost jobs for carrying out trades union activities and an organisation called the Consulting Association that organised the list. It was raided by the Information Commissioner in 2009.

“The message is clear that there can never be any hiding place for bosses in the construction and any other industry thinking of reverting to shameful blacklisting practices against trade unionists,” warned Len McCluskey, General Secretary, Unite. “This settlement is a clear statement on behalf of the trade union movement that never again can such nefarious activities be allowed to happen against decent working people trying to earn an honest living in a tough industry.”

The Information Commissioner was, however, accused of incompetence by the GMB for its handling of the case with an accusation that it had not been forthcoming in some evidence. It reserved its main concern for the more than 30 companies that had made use of the blacklist that had led to many workers refused employment in the construction sector.

“The companies involved tried to keep this dirty little secret hidden,” accused Maria Ludkin, Legal Director, GMB. “GMB was determined to ensure that that was not going to happen and we have fought tooth and nail to ensure a just outcome. To the bitter end, the companies have remained in denial that they were blacklisters, fearful that public acknowledgement could cost them public sector contracts worth billions of pounds.”

The construction companies involved in the dispute were bruised and battered but released a joint statement: “These construction companies now wish to draw a line under this matter and continue to work together with the trade unions at national, regional and site level to ensure that the modern UK construction industry provides the highest standards of employment and HR practice for its workforce.”

However, Carillon on its website continued to refuse to accept it had anything directly to do with active involvement in the blacklisting, insisting that no one knew at Board level. ‘It was a company that was part of the group that was a business unit within a wholly owned subsidiary of Carillion Construction Limited, Crown House Engineering [that] cross-referenced names of potential workers with this database until early 2004....Crown House used the database to find out whether electricians they intended to engage on large construction and maintenance projects had been involved in disruptive behaviour or had broken the law, and could potentially pose a threat to projects or others on site.’

Picture: Construction workers who were blacklisted by a number of companies have won over £10 million in compensation