Boris Does for Dirty Diggers 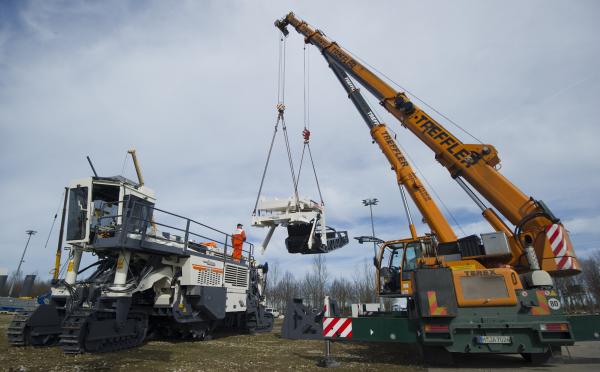 Construction site managers throughout London will be required to retrofit or replace old, polluting machinery in a world-first step to help clean up the capital’s air and reduce damaging emissions from diggers, bulldozers and related vehicles.

Under the new rules, all construction sites in the centre of London and sites building more than ten homes or larger than 1,000 square feet in Greater London will have to replace or retrofit polluting equipment which is more than 10 years old. Some exemptions will be provided where pieces of equipment are not available at the emission standard stipulated or in the volumes required to meet demand in a construction environment as dynamic as London’s.

Currently, it is estimated up to 12 per cent of nitrogen oxide and 15 per cent of particulate pollution in London come from construction and demolition activity. It is important both of these sources be dealt with together, and London is the first city in the world to impose emissions standards for construction equipment which address both pollutants.

Dealing with this issue, on top of the main challenge of transport emissions, is key to cleaning up London’s air. The new Low Emission Zone for construction machinery is expected to cut particulate and nitrogen oxide emissions by nearly 50 per cent by 2020, improving the health and wellbeing of Londoners.

To help with implementation of the scheme a new online register has been set up at nrmm.london, making it easy for site managers to register all construction machinery within the London catchment area. After an initial six-month introductory period focusing on education and awareness-raising, should a site not meet the emissions standards required, its managers will be in breach of their planning requirements as imposed by the relevant borough. Penalties could include a delay to the final completion of a project which could have an implied financial cost for the company concerned.

Deputy Mayor for Environment and Energy Matthew Pencharz said: “Dust and fumes from construction sites are a nuisance to people who live close by but they also impact on London’s wider air quality. That’s why it’s so important for these new emission standards to come in to address the problem, which together with our efforts on transport emissions will make a significant difference to the air Londoners breathe.”

Executive Director of the Environmental Industries Commission Matthew Farrow said: “Emissions from construction sites are a much bigger problem than most of us realise. With so much construction taking place across London, this initiative will help clean up construction machinery and improve the health of Londoners. We have worked closely with the Mayor’s advisers and other stakeholders to ensure the scheme makes use of the most effective, up-to-date environmental technology. Once the scheme has bedded in, appropriate enforcement will be vital.”

Picture: Construction site managers are encouraged to visit nrmm.london to check the rules affecting their specific pieces of equipment