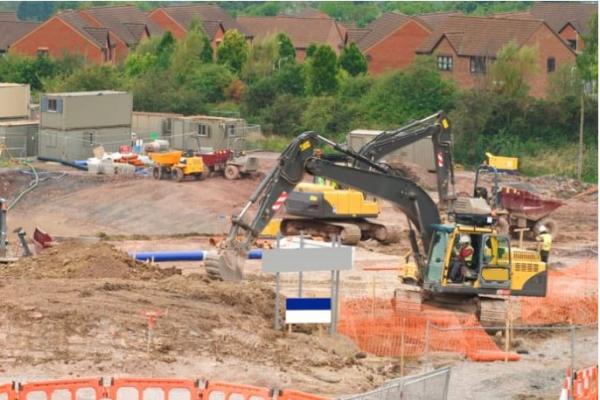 The uncertainty surrounding Brexit has led to a slowdown in growth in the construction industry but the outlook for future looks brighter according to the latest RICS Construction Market Survey.

The Royal Institution of Chartered Surveyors reported that despite 19% more respondents reporting that construction workloads in the UK had increased rather than fallen in the third quarter, this was the lowest reading since the second quarter of 2013.

69% of respondents said that financial constraints, anecdotally linked to Brexit remained the biggest block on growth.

A slowdown in commercial property building hit growth in London and the south-east of England while the ‘Midlands Engine’ buoyed by the HS2 project, saw 30% more respondents reporting a rise in activity.

Private house building experienced the highest levels of growth across the construction sectors. 27% more chartered surveyors reporting workloads had risen rather than fallen. In the private commercial sector, growth was unchanged from the second quarter.

The infrastructure sector saw 17% more respondents noting an increase rather than a drop in workloads, with road and rail subsectors expected to drive growth over the next 12 months.

Looking ahead to the next 12 months, 49% more respondents expected to see an increase in workloads rather than a fall. On average, contributors expect activity to rise by 2.5% over the next twelve months.

Forecasts for employment growth also improved with 35% more respondents forecasting a rise rather than a fall, up from 18% in the second quarter.