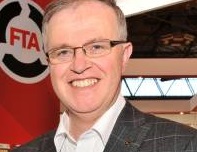 The Freight Transport Association has joined organisations in calling on the Chancellor to set a schedule for delivery of the Lower Thames Crossing.

Along with others, David Wells, CEO, FTA, has signed a letter to Chancellor George Osborne highlighting transport issues affecting the Thames Estuary, particularly at the Dartford Crossing where congestion is predicted to reach pre-Dart Charge levels by 2020 according to DfT modelling.

The FTA argues a new crossing is ‘urgently’ needed by the logistics industry to ease the current bottlenecks and provide resilience, especially when there is an issue at the Dartford tunnel or bridge. The cost of delays to transport operators equates to £1 for every minute an HGV sits in traffic.

“Congestion costs our industry millions of pounds every year and the lack of an alternative to the Dartford Crossing isn’t just a problem for the south east,’ stated Wells. “Businesses across the UK rely on deliveries of materials to and from Europe and the M25 is the main gateway to the Midlands and the North. We need a further river crossing to increase capacity and make journey times more reliable.”

The letter has been sent by the FTA in collaboration with a number of organisations including the South East Local Enterprise Partnership, Eurotunnel, the Port of Dover, London Chamber of Commerce & Industry.