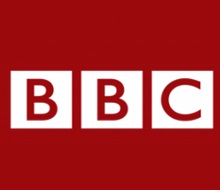 Members of the Broadcasting Entertainment Cinematograph and Theatre Union (BECTU) are being balloted for industrial action at FM firm Interserve, the BBC’s main provider of engineering cleaning, catering, and security services.

A statement from the Union claims the 'bungling' of back-up behind the scenes services may impact the BBC's output. It reads: 'On top of redundancies, the resulting small staffing levels are very likely to jeopardise health, safety and hygiene standards. Representatives believe standards may be hit so badly that the BBC’s output could be affected – something which Interserve has claimed the BBC is aware of and is willing to compromise on.

'The (strike ballot) move follows the on-going cuts made by Interserve since taking over the BBC’s UK-wide facilities management contract in April this year. The latest proposals could mean that approximately 73% of London engineering staff are made redundant, with cleaning hours for some buildings across London being cut by 50%.

'Members are also angry at the company’s refusal to respond to a pay claim submitted on 12 June, almost eight weeks ago'.

Helen Ryan, BECTU supervisory official, said: “Although these cuts only affect London at the moment, we believe that the company has agreed to a contract that they are now struggling to deliver profitably and so they are slashing jobs and we believe they will look to sites outside London next for more cuts.”

The ballot will open on Friday 8 August and close on Thursday 21 August.

ThisWeekinFM was unable to elicit a response from Interserve.

BECTU is also asking members to vote yes in a ballot for strike action against the BBC's refusal to offer redeployment of staff facing redundancy.

The BBC is proposing to cut 415 job which will affect nearly 500 people working across the Corporation. At the same time the BBC has announced plans to create 195 new jobs but senior managers have said that the new jobs will not necessarily be used to offset the post closures and avoid compulsory redundancies.