Buses Strikes Off - But Threat Remains 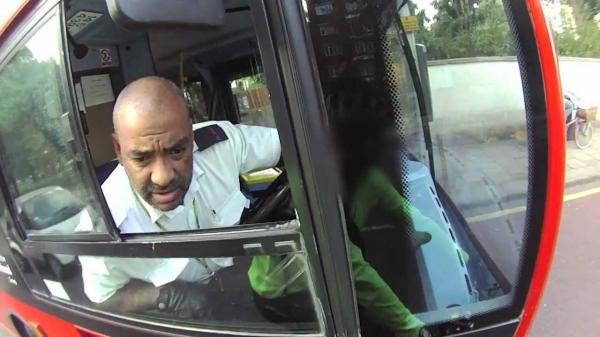 The union is still calling on the 18 different bus operators to come to the negotiating table by challenging them to enter into talks at the conciliation service Acas. Unite is also requesting that Transport for London's board members sign a neutrality statement agreeing not to block any talks. Transport for London says it continues to urge the union and bus companies to meet 'individually' - but has not voiced any support for 'collectively'.

Some of the bus operators have quoted competition law as a reason for not supporting 'collective negotiations'.

The move by Unite smacks of a sharp back-down - despite 20,000 bus workers having already taken part in strike action, no ground seems to have been won. Regional Unite officer Wayne King said: “We’ve postponed the two days of strike action in an act of goodwill and we are not asking them (the operators) to break competition law by meeting us collectively in talks at Acas. A failure to do so will mean that strike action and the disruption caused by the last two strongly supported strikes will be back on the cards.”

Next Friday - the thirteenth - will see yet another bus strike in London, swiftly followed by action on the Monday (sixteenth) as no agreement has been reached to further negotiations and indeed the whole war of words seems to be degenerating into farce.

Businesses in London and its commutable areas will be dreading the nightmare of bus journey misery at the end of the week - Friday 13 February and again on Monday 16 February as a drivers' strike organised by the Unite union bites. Unite is trying to get London’s bus operators to enter into collective talks over pay disparities - rates can differ by £3 per hour, from £9.30 to £12.34 across the 18 operators.

Last night (Thurs 5), one operator claimed they could not be seen to be negotiating alongside other operators without the competition authorities calling it illegal. Meanwhile, TfL's propaganda machine churned out stats that didn't match - 50% of services were running with 45% of the normal level of journeys. Even accounting for the swift work of FMs and human resources across the capital to help minimise the need to travel by bus for London based employees - long queues and jam-packed  buses brought the figures into question.

Mayor Boris Johnson has condemned the action stating that the bus companies operate in a fair wage market and that it is right to have a wide spread of pay rates to reflect where people live and the skills they employ.

Unite appears to be gaining the upper-hand in the PR war despite its militant profile - appearing to be the shunned peacemaker  whilst the authorities and operators find any excuse not to come to the table. Unite regional officer Wayne King said last week: “We have been working to bring the employers to the table to discuss a solution to this dispute and believe there is a simple solution to be had."

Last week, a strike by Woolwich Ferry workers was  averted after Unite negotiated with operator Briggs Marine to stick to existing agreements (The Woolwich Ferry Free service carries more than 3,500 vehicles and 5,000 passengers a day across the Thames between Woolwich and Greenwich). Meanwhile, the RMT held talks with Docklands Light Railway operators Keolis/Amey and abandoned a 48-hour strike over outsourcing and new human resources policies. Kevin Thomas, MD of KeolisAmey Docklands, told ThisWeekinFM: "During the dispute all parties worked to address employees' concerns and business needs to prevent unnecessary disruption for our passengers."

Britain’s largest union, Unite has urged London’s 18 bus operators to enter into collective talks to avoid the disruption of further strike action as it announced three 24 hour walkouts in February.

The latest stoppages running from 00:01 to 23:59 hours on Thursday 5 February, Friday 13 February and Monday 16 February have been organised by the union because it has failed to get London’s bus operators to enter into collective talks over pay disparities. Drivers are paid at different rates across the providers. Mayor Boris Johnson has condemned the action stating that the bus companies operate in a fair wage market and that it is right to have a wide spread of pay rates to reflect where people live and the skills they employ.

A 24 hour strike earlier in January saw bus services across the capital brought to a standstill as over 20,000 bus workers walked out as part of a campaign to secure one collective forum to discuss agreement for pay and conditions.

Commenting Unite regional officer Wayne King said: “We have been working to bring the employers to the table to discuss a solution to this dispute and believe there is a simple solution to be had.

“Bus passengers pay one fare, so why don’t bus drivers get paid the same rate for doing the same job?

In contrast to tube drivers, there isn’t one collective pay deal for bus drivers in the capital, whose pay is negotiated on a company by company basis leading to pay inequality and disparities. There are over 80 different pay rates for employees often doing the same job and driving the same route. Rates can differ by £3 per hour, from £9.30 to £12.34.