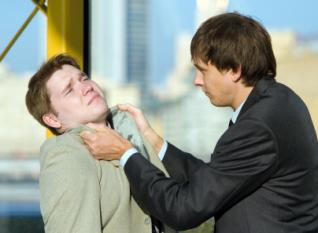 The ONS Crime in England and Wales report for the year ending December 2015 has revealed that ‘violence against the person’ offences, recorded by the police, has gone up by nearly 30% over 12 months, including a near 40% rise in ‘violence without injury’ and a 15% increase in ‘violence with injury’.

The report has suggested that one in every 50 adults was a victim of violent crime last year, amounting to over 1 million incidents. Nearly 30,000 of these involved a knife or other sharp instrument, an increase of 9% on last year’s knife related crime.

The large increase in recorded ‘violence against the person’ offences can be partly attributed to a rise in security measures that gather evidence to be taken to the police. Services offered by security professionals and worker protection systems either automatically report incidents to the police or provide the evidence needed for individuals to feel confident in making a report.

“These figures demonstrate more action needs to be taken to ensure public safety,” observed Dave Whittle, CEO, Positive Response, a remote safety monitoring specialist company. “While no-one may be physically hurt in the majority of these incidents, the emotional and mental impact can be severe. Even one instance of violence, whether physical, verbal, or otherwise, is completely unacceptable.”

He stated that predicting someone’s behaviour is difficult and that violence can happen anywhere. However, there were certain areas where better measures could be taken to prevent incidents and defuse situations. “The workplace, particularly in retail, is a huge area where staff and the general public should be safe from violence,” he insisted. “Employers must look at the solutions and technology that exist to remove people from direct threat and to support them during a potentially dangerous situation. These should be used as a part of a comprehensive staff security plan.”

Picture: “The workplace...is a huge area where staff and the general public should be safe from violence.” – Dave Whittle, Positive Response