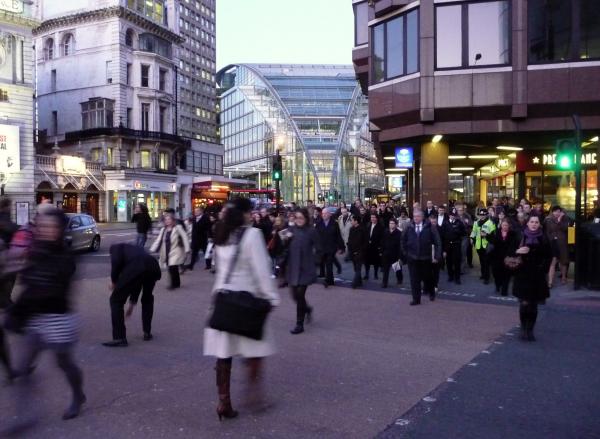 IAM - the Institute of Advance Motorists has revealed that nearly 18,000 pedestrians were injured in an accident involving a vehicle in the last full year with analysis available.

The figures come from a Freedom of Information request made by IAM which asked for details of the most common pairs of contributory factors reported together by the police attending the scene of an accident in 2013.

Police can record up to six contributory factors from a list of 77 for each incident to explain why they think a crash took place but the top two give the most obvious reasons for the incident. The statistics come from an analysis of the most recent full year data covering the whole of 2013.

Last month the IAM reported that ‘failure to look properly’ and ‘failure to judge other person's path or speed’ was the biggest pairing of factors when it came to vehicles in accidents.

Now the pairings of factors listed by police for all pedestrian casualties in accidents can be revealed. ‘Pedestrian failed to look properly’ with ‘pedestrian careless, reckless or in a hurry’ were named as factors in 4,100 casualty accidents, or 23% of the overall total putting them clearly at Number 1.

The remainder of the factor combinations listed is, in descending order:

The IAM Manifesto makes a number of suggestions on how to protect pedestrians, including making road safety education part of the national curriculum as well as having pedestrian safety a bigger factor in vehicle design and a long term engineering programme to deliver safer roads in the UK.

“Pedestrian fatalities are rising faster than any other group right now, so it is vital that drivers are more sympathetic and aware of pedestrians when they make their journeys,” stated Sarah Sillars, CEO, IAM. “There is no need to blame any party when it comes to how to reduce the numbers of people killed and injured on our roads – all road users need to look out for each other and ensure we minimise the impact of our own and others unpredictable behaviour.”

Picture:    IAM has found that nearly 18,000 pedestrians were injured in an accident involving a vehicle in the last full year.

Horrific Fall From Heron Tower And Other Fatalities

Two people have been arrested on suspicion of murder after a young woman fell from the 13th to the 6th floor of the 36 floor Heron Tower. Two men have been cautioned...