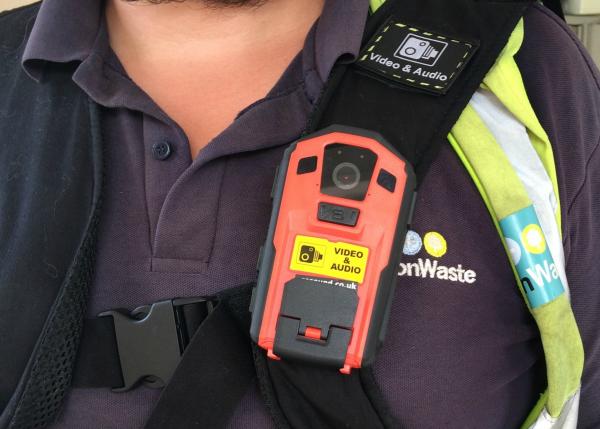 LondonWaste  has  introduced bodycam technology for all staff at their depots.

The decision to introduce bodycams came following a number of issues with public behaviour at the centres and which culminated in a LondonWaste employee being assaulted in the line of duty.

Whilst CCTV is already installed in all sites, it was  not possible to cover every area.

A total of 30 LondonWaste employees now wear the bodycams as part of their uniform which have been designed in such a way as not to restrict movement and yet are immediately obvious to the naked eye which the company believe will be a deterrent in itself.  All images and audio taken from the bodycams are automatically deleted after 30 days although relevant footage, may be used for learning and development purposes.

MD, Peter Sharpe, said: “Whilst the vast majority of the public using our RRC’s behave in a respectful manner and appreciate that the employees are there to help, a small minority has overstepped the mark.  In order for the site to operate effectively and for the community to be served efficiently, our employees must feel safe at all times.”

Picture:  Smile you're on candid camera