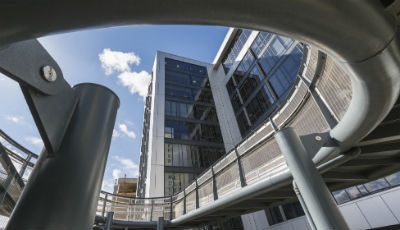 Number 1 Capital Quarter – the Grade A office building originally acquired by the Welsh Government to stimulate development of top quality office accommodation in Cardiff’s Enterprise Zone – was sold this week ending November 4 to Global Gate Capital for a net figure of just under £20m.

The 79,500 sq. ft. office, which is fully occupied, was built as a speculative development by JR Smart and bought by the Welsh Government in 2013 for £14m.

The development of new Grade A offices was a key element in the strategy to make Central Cardiff Enterprise Zone one of the prime locations in the UK for the financial and professional services sector.

The acquisition of 1 Capital Quarter ensured the development was completed swiftly to provide much needed top quality accommodation to attract new investment and jobs. At the time there was only one Grade A office scheme in the city that was completed and available for occupation.

To ensure the further delivery of high quality offices, Welsh Government supported JR Smart in the construction and financing an additional 85,000 sq. ft. grade A office development on an adjacent plot through the use of a Property Development Grant.

This BREEAM ‘Very Good’ rated building is now 100% occupied and work is underway on a third 75,000 sq. ft. office development together with the completion of a 300 space car park.

Economy Cabinet Secretary Ken Skates said: “Central Cardiff Enterprise Zone continues to go from strength to strength as evidenced by the sale of 1 Capital Quarter. The Welsh Government’s initial investment undoubtedly acted as a catalyst and inspired confidence in the market with the result that we have since seen significant investment in major developments in the city.

“The provision of office accommodation of the highest quality has contributed to the success of Central Cardiff Enterprise Zone, enabled existing businesses in the financial and professional services sector to expand and attracted new inward investment.”

Global Gate Capital were advised by Bilfinger GVA and this investment is part of a wider strategy of investing in quality buildings in core locations in the UK.

Knight Frank were agents for Welsh Government and Blake Morgan provided legal advice. The London office of Belfinger GVA acted for the purchaser.