Cash for Bashers Get Banged Up 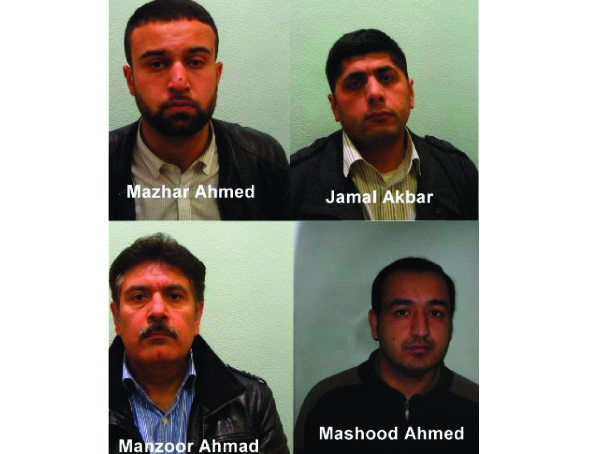 Detectives from the Metropolitan Police Service Roads and Transport Policing Command ‘Operation Catcher’ team commenced an investigation into the activities of ‘Star Accident Claims Management’ based in Southfields, Wandsworth SW18.

The defendants falsified documentation in relation to claimants and made up details of false witnesses to add weight to the claims submitted by the company.

Collisions were vastly exaggerated in relation to the injuries sustained and or damage caused, and were found to have been supported by false testimony of false witnesses or had claims for passengers who were not present at the time of the collision. Many of the collisions were 'classic' induced collisions involving 'decoy' vehicles on roundabouts or at junctions. Signatures on some of the claims were found to be forged with 'claimants' denying any knowledge of the claims or having been told the claims had been discontinued.

Chief Superintendent Matt Bell, Roads and Transport Policing Command said: “This was a long-running and complex investigation that has resulted in four men, who committed insurance fraud on a massive scale and put lives at risk, being brought to justice.”

The Met has a team of Detectives working closely with the Insurance industry and the Insurance Fraud Bureau (IFB) to tackle induced vehicle collisions. It is investigating more and more cases across London and is urging people not to get drawn into this illegal activity.

Not only is it a criminal offence to arrange a car collision or to allow your vehicle to be used in one, it is extremely dangerous with every chance that people’s lives will be at risk. We want to bring offenders to justice, while preventing members of the public from becoming involved.

If you believe that you are involved in an induced collision, remain calm, and exchange names and addresses which is a legal responsibility, obtain as many details of witnesses as you can, including noting how many people are present in each vehicle and where possible take as many photographs of the other vehicles damage. Also please notify your insurer as soon as possible with your suspicions.

The IFB urges anyone with information on any kind of insurance fraud, to do the right thing and help root out these criminals. Calls can be made to the free and confidential IFB Cheatline on 0800 328 2550, or reports made online see related links for details.

The following defendants appeared at Croydon Crown Court on 23 October and were found guilty of conspiracy to commit fraud against the insurance industry, following a three year investigation and sentenced: