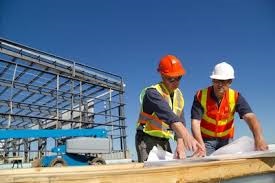 6 April 2015 and Easter Monday brings another new dawn in the ongoing quest for consistent health and safety management in the construction industry. The introduction of the Construction (Design and Management) Regulations 2015 (CDM 2015) is long awaited and indeed long overdue; but will it change the underlying approach to managing projects and will its wider reach result in successful application of its provisions?

In this article, we will examine the increased scope of the new Regulations and whether the new roles are simply a re-labelling of the old or whether the new regime will see a fundamental shift in methodology.

What was wrong with the old regime?

CDM 2015 will entirely replace the 2007 Regulations of the same name, which have been criticised on numerous levels since their introduction.

The impetus for a CDM overhaul came from various sources. First, the UK legally had to amend the Regulations in order to ensure the original EU Directive was properly implemented. Beyond that, the 2011 Lofstedt Report, and the Coalition Government’s de-regulation agenda which manifested itself in the 'Red Tape Challenge' provided the real motivation for the change.

Research found that CDM 2007 encouraged an overly 'bureaucratic' approach to safety management and had failed to provide a workable regulatory framework for smaller sites. Whilst large organisations were appropriately resourced to deal with the obligations of the regime, SMEs in the construction industry were failing to comply. Furthermore, 'competence', the cornerstone of CDM 2007, was poorly understood and assessment of it problematic with overall health and safety co-ordination often ineffective and inconsistent.

The changes introduced by CDM 2015 reveal the following key drivers:

The removal of the CDMC addresses a perception that CDMCs were often appointed too late, missing the opportunity to embed health and safety within the ethos of the project from the outset. The HSE believes that placing these responsibilities with the Principal Designer deals with this concern, ensuring pre-construction co-ordination is incorporated from day one. However, question marks remain over the appetite and competence of Designers to fulfil this role and indeed many wonder whether they will simply resort to external advice (from current CDMCs) in discharging this role in any event.

Of real interest is the increased burden placed on Clients, whom it was felt were so influential in the life of a project that their obligations should be made mandatory. Accordingly, the drafting of CDM 2015 represents a stark contrast to its predecessor, which required Clients to, 'take reasonable steps' to discharge their duties; instead, they now 'must' do so.

The non-delegable tasks allocated to the Client also includes filing the F10 form notifying the HSE of the project where it is either scheduled to last longer than 30 days and have more than 20 workers working simultaneously or where it will exceed 500 person days. The fact of notification is no longer a significant threshold as it has been previously as CDM 2015 applies wholesale where a project has more than one contractor and there are no increased duties imposed upon those working on a project where an F10 has been submitted.

Whilst CDM 2015 will apply to domestic projects, the Client in those situations is not required to discharge the key management duties outlined in regulation 4 or indeed to notify the project to the HSE where that threshold is met. Instead, those duties 'must' be carried out by one of the professional appointees on site.

What does competence mean?

CDM 2007 placed huge emphasis on the competence of the appointees who were not to be engaged unless 'competent' and who were not to accept the role unless they too agreed they were 'competent'. However, the concept of competence was not defined and little guidance could be discerned from the supporting Approved Code of Practice (ACoP) leading to concerns about the real tenets of the notion of competence and countless hours of expert evidence before the Courts.

CDM 2015 looks to address this by identifying the planks of competence; skills, knowledge, training, experience and (in the case of a business) organisational capability. These must be present in those appointed to a project to enable the roles to be discharged in a manner that secures the health and safety of those involved in or affected by the project. The supporting guidance (see below) provides useful practical examples to assist with the assessment of competence, representing a significant improvement on the unsatisfactory position under CDM 2007.

Is this really a change?

On the face of it - yes! A streamlining of the appointment holders and clearer, more focussed guidance is a welcome development, which will hopefully encourage the consistent and coherent incorporation of health and safety within projects from the very outset. Whether the abolition of the CDMC will translate in reality, time will tell. As Principal Designers come to the fore, we will learn more about whether they can discharge this significant new role alone or whether those currently acting as CDMCs will end up supporting the Principal Designer on a consultancy basis.

Clearly the application of the CDM regime to the domestic setting is a considerable change and one which will require some clear and strong guidance from the regulator as SMEs get to grips with their new responsibilities.

What happens to ongoing projects?

A six month transitional period has been accounted for, during which special provisions will apply. This will run to 6 October 2015, following which CDM 2015 will apply across the board.

You can visit http://www.hse.gov.uk/construction/cdm/regulation-changes.htm for more details on the transitional arrangements.

What guidance is available?

The HSE has issued draft guidance on CDM2015 and this is freely available to download on the Executive’s website (http://www.hse.gov.uk/pubns/

priced/draft-l153.pdf). Unlike previous incarnations of CDM, which were supported by an ACoP, CDM2015 is the subject of legal guidance (within the HSE’s 'L' series). The guidance will be finalised with the passing of CDM2015 but has been published in draft to assist organisations as they prepare for the new regime.

This suite of documents covers:

Each booklet provides clear summaries and bullet points relevant to the particular role in question and avoids the need for many involved with projects to navigate the Regulations themselves and the HSE’s lengthy guidance.

Where can I find out more?

Clyde & Co will be running a seminar on these new regulations on 14 April 2015 at 4:00pm. Taking place at our office in the heart of the City, our construction and health and safety specialists discuss the regulations as well the criminal enforcement ramifications of failing to comply with these new regulations. Register here http://www.clydeco.com/

The Construction (Design and Management) Regulations (CDM 2015) came into force on 6 April 2015. The HSE has received many enquires and has provided ThisWeekinFm an...