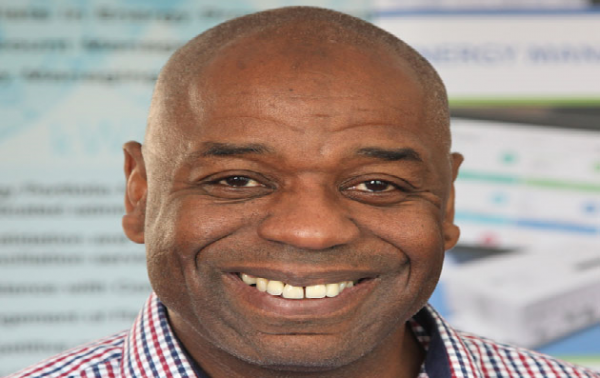 Energy cost management typically focuses on securing the best priced tariff at a given moment in time, but we are all barking up the wrong tree, singing the wrong tune and we need to call time on this particular merry-go-round, according to Ken Warner, MD, Energy Renewals

Instead, businesses should lower their energy usage. A reduced carbon footprint is good for the environment and is an all-important tick in the corporate social responsibility box. But it also reduces costs.

Whilst it sounds simple, it is easier said than done. Hence, most company bosses don’t think about their energy costs until the quarterly bill lands on the corporate doormat. It is far more painless to demand a cheaper tariff or change suppliers rather than implement a complicated strategy to reduce energy consumption no matter how longer lasting the effects or the more money which can be saved.

Adopting a six-step energy management strategy – audit, collate data, evaluate, recommend, implement and measure, will see companies on the right track of reducing both their energy consumption and their bills.

The foundation of any reduction programme is the ability to measure savings, not just in pounds and pence but in watts and cubic metres. Basically, you need a starting point to understand the effectiveness of your gains. So an audit is your first priority and once the data has been analysed, you can start to plot a way forward. Measuring energy does not save a penny; it is identifying the issues and taking action consistently and over time which results in savings.

Often it can be the simplest of changes which can have the biggest impact or a number of marginal improvements which deliver a dramatic effect overall. Overhauling your energy usage and implementing a structured energy management programme which is continually monitored, measured and findings acted upon is likely to net the biggest savings.

There’s a range of tools on the market which enables effective monitoring and provides the data companies need in order to identify where wastage occurs thereby highlighting where making changes will be most effective.

One of the tools utilised by our energy consultancy team from an extensive suite of smart technologies (there are several so you need to be sure the ones you choose reflect your individual energy usage and requirements) is our product Smart Billing. Developed by Measure My Energy and recently adopted by us, their stats and case studies are illuminating. One retail chain found its staff often used both the heating and air conditioning at the same time which meant both were working against each other using more energy, simply switching one off whilst using the other saved more than 40% in energy costs across their stores. Further evaluation at a later date found bad habits had returned at some stores as a high turnover of staff meant new incumbents were often not told of the energy saving procedures.

One of our team visited a school the other week and its classrooms overlooked a south-facing courtyard, effectively a sun trap. It meant the school’s air conditioning was working overtime to compensate when a simple solar film solution on the windows was all that was needed to deflect the heat. In most businesses, we typically find enough low hanging fruit to make an immediate difference.

Of course, for those of us in the energy consultancy business, spotting the discrepancies which contribute to energy wastage and higher bills is like spotting a Man United fan in the Chelsea end – the red in sea of blue. But for everyone else, it’s like looking for a needle in a haystack or worse – trying to find something in the haystack but you’re not sure what, a bit like trying to find the clean clothes in my son’s bedroom!

Other solutions can be driven by the business itself, such as the profitability of selling ice cream including the cost of refrigeration and returns from a seasonal product compared to say, sausage rolls; it could be cheaper to keep food warm than frozen. Admittedly, that’s a rather crass and simplistic business analysis, but you take my point, energy usage and therefore a company’s ability to consume less could well be determined by the operation itself.

Unfortunately, there is no one size fits all. Every business is different and therein lies the problem, energy reduction becomes so time consuming and ultimately overwhelming that a well intentioned strategy is shelved and we’re back to haggling over the tariff in an attempt to reduce costs.

More than a third (37%) of the UK’s carbon emissions come from buildings (with non-domestic buildings making up 60% of the total) equating to around 200 million tonnes of CO2 which is about the same as the annual emissions from the United Arab Emirates or those of Greece and Chile combined, according to the Carbon Trust. So, there’s a huge amount of saving in terms of costs and usage to be had, 35% is achievable by 2020 through cost effective measures, the Carbon Trust estimates, delivering £4 billion to the bottom line for UK Plc. The organisation maintains CO2 reductions of 75% are feasible by 2050 at no net cost to the economy.

In a nutshell, smart technology and effective energy management is the winning formula and companies can always outsource which will pay dividends in the long run.

Think of Energy and Maintenance as two cogs in an operational machine, writes Stuart Kirk. In order to function, these two parts work in opposing directions. The machine...

Arthur Beattie of Carbon2018 ran a session in the energy efficiency theatre at the recent Edie Live 2016 - here is his presentation. If you were able to take a time...

Getting to Know You

What we have learned about the current energy efficiency opportunities for large UK businesses via ESOS is a matter of interest for all, argues David Tobin of the Carbon...

Energy Investment - One in the Eye of the Beholder

Unless a business has a burning desire to be carbon neutral, with choices made purely to support this goal – perhaps this is central to the company’s values...

Renewables in UK - a Changing Landscape

The UK renewables market is undergoing a fundamental shift from a Government subsidy regime to a self-funded or even privately funded commercial proposition, writes...