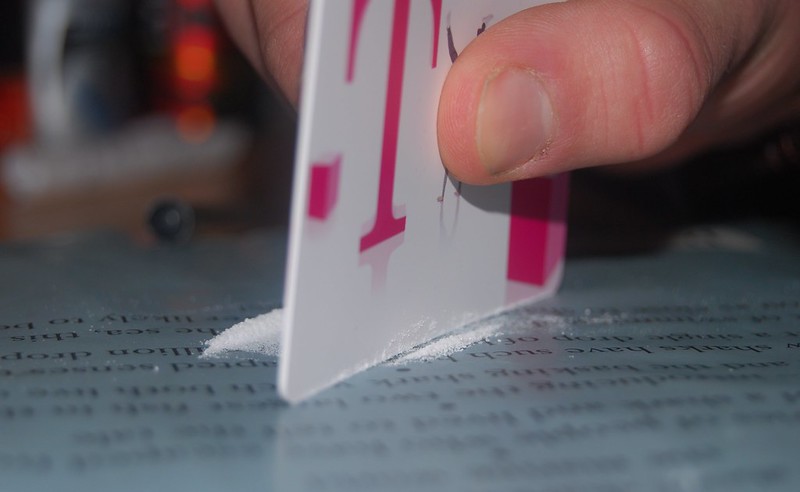 Following the arrest of a crew that offered a dial-a-drug service to City workers, police have sent a text to numbers found on phones offering help and support to the suspected drug users.

This comes after an eight month long investigation by the City of London Police, which saw members of the crew sent to jail for their involvement in dealing cocaine in the Square Mile and central London. Overall, the large-scale organised crime gang were sentenced to over 30 years in prison.

Eight ‘couriers’ of the drug - who would physically deliver cocaine to City workers - were sentenced, and two ‘controllers’ who took the orders of cocaine and arranged for its pick-up.

During the investigation, two mobile phones belonging to the ‘controllers’ were seized. These were found to be extremely active ‘drug line’ phones, which people had been contacting to buy drugs for a number of years.

Officers sent a text message to approximately 2,000 phone numbers, all of which had contacted the drugs line phones on three or more occasions. The text message explained the police had arrested the dealers connected to this phone and were now reaching out to those that had used their services, to try and help them. The text message included a link where people could get local advice and support for drug and substance abuse.

Detective Constable Lee Johnson, who led the operation for the City of London Police, said: “A lot of individuals delivering drugs across the capital are young and vulnerable people who are being exploited. Many people don’t realise it but by buying drugs, even small amounts recreationally, you are funding other very serious offences such as modern slavery, violent crime and even terrorism.

“Not only are the City of London Police committed to protecting those being exploited through drug dealing, we are committed to helping those who buy drugs regularly to get the support they need to stop. Taking drugs can affect your mental health, personal relationships with friends and family, as well as your work-life and career prospects.

Detective Constable Johnson continued: “We work closely with our partners at the City of London Corporation who commission WDP Square Mile Health to deliver expert, non-judgemental, confidential advice and support to City workers and residents of the Square Mile with drug and alcohol issues.”

Picture: City workers whose mobile numbers have been found on drug dealers' phones have sent a text by the City of London Police offering help and support.

Working From Home And Looking After Your Wellbeing

How can you keep your wellbeing in check whilst isolated from your colleagues? David English from AJ Products UK, gives us some tips on maintaining our mental...

In 1999, AJ Products opened its doors in the United Kingdom to share its Scandinavian outlook on how to improve the workplace with British businesses from all...