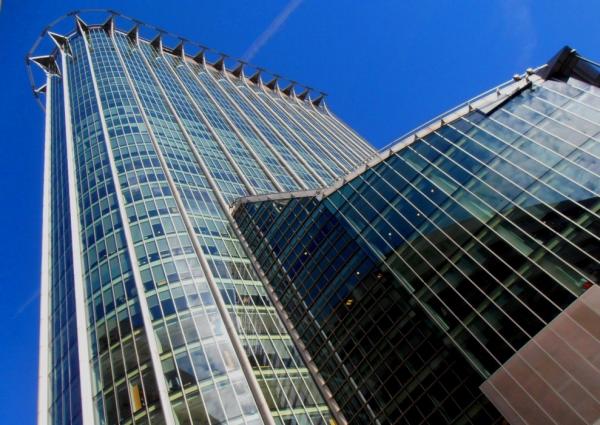 CityPoint, one of London’s most iconic structures, has adapted to changes in technology and client needs since its construction in 1967. CityPoint’s mission is to ensure an optimal environment for businesses to operate, whilst maintaining high security standards that protect tenants, their guests, their assets, as well as CityPoint staff and contractors.

Opportunities for improvement were identified in the way that security patrols and key management operated at the building.

Security officers and contractors patrol 280 designated points within the building and an additional 15 points in the surrounding grounds every day. A handheld wand was used to collect a digital timestamp at each numbered checkpoint, with the data downloaded to computers only after the completion of each individual patrol. Incident reports were handwritten, meaning they were largely un-actionable until the patrol was finished - and even then they had to be cross-referenced with the numerical checkpoint data for verification.

Over 220 physical keys unlock distinct areas within CityPoint, with staff assigned varying levels of authorisation, designating which keys they are allowed to use to access secure areas. A manual, paper-based system for tracking the distribution and collection of keys had proven time consuming, ineffective and inaccurate, resulting in mislaid keys on a regular basis.

MyTAG.io partnered with HID Global to create a system for CityPoint that integrates key management and security patrol into a single cloud-based interface, to deliver more accurate information in real time. Near field communication (NFC) technology enabled seamless deployment of the solution throughout the facility, with minimal investment in infrastructure.

The Trusted brand of NFC tags are located throughout the building and grounds, for the security guards to tap with their NFC phone. This simple tap is all that the security guard needs to deliver trusted proof of presence at a given checkpoint. Geo positioning also confirms the precise location of the individual. If an incident report is required, the guard can send immediate feedback to the offsite team or control room, via photo, video or text entries. This allows action to be taken quickly, whether it be a security or maintenance issue. The Trusted NFC tags are patented and unclonable (unlike bar codes and QR codes which can be copied), so proof of presence is guaranteed, allowing full compliance with building security commitments to be demonstrated.

The improved security patrols deliver greater peace of mind for tenants and staff, through more timely, accurate and detailed reporting. Even when an individual security guard is on patrol, the guard is constantly connected to facilities management, creating proven interactions at every checkpoint. MyTAG.io can track the time lapse between checkpoints and in the event that a guard does not reach a consecutive point in the prescribed amount of time, the system can trigger an appropriate alarm – from a reminder message to the guard, to an alert for facilities staff to investigate further. This provides added assurance to guards that they have constant communication with facility staff, even when walking tours alone.

To use a physical key, users now just tap a tablet computer with the key fob and enter an authorised identity.  The user is then notified of when the key is due to be returned. When returned, the user taps the tablet again to check the key back in. MyTAG.io generates a dashboard screen showing all keys that are checked out, who has them and when they are due back. If a key is not returned in the allotted time, a text message reminder is automatically issued, reducing the risk of loss.

CityPoint has found the MyTAG.io has reduced the time it takes for individual security patrols, due to the increased efficiency of digital tracking versus the previously cumbersome manual recording of checkpoints and incidents. Eliminating the paperwork also enables each guard to more effectively observe their surroundings. In addition, a significant time and cost saving has been realised in implementing a more efficient key management system.

MyTAG.io's technology has been recognised in it winning the Best NFC Deployment award at the prestigious RFID Awards this recently, in partnership with CityPoint and HID Global.