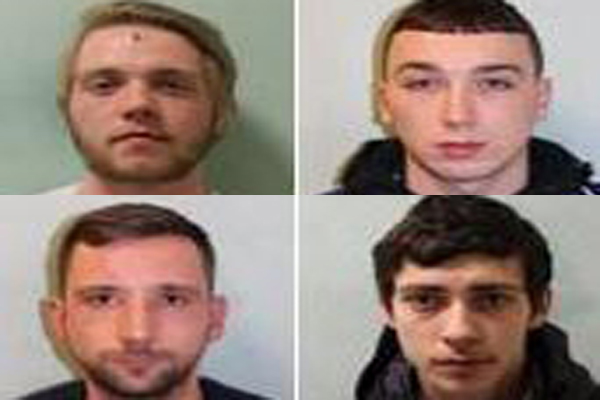 Four men have been jailed for their involvement in burglaries at companies in the South-East.

The men, who had previously pleaded guilty to two counts of burglary, were sentenced at the Inner London Crown Court on Wednesday, September 13 as follows:

Ryan Brownhill, 21 from Southwark was sentenced to three years and seven months’ imprisonment.

Tony Weekes, 19 was sentenced to two years and one month imprisonment.

Csanad Dora, 22 was sentenced to a total of 19 months’ imprisonment.

All four men hail from Southwark. Dora and Holloway were also sentenced for breaching a Criminal Behaviour Order (CBO).

Detective Constable Gordon Taggart, from Southwark CID, said: "These were pre-planned burglaries at commercial premises which have had a significant, lasting impact on the businesses that were targeted.

"The investigation highlights the importance of cross border co-operation between police forces; by working with colleagues in Kent and Essex Police, we were able to secure enough evidence that these men had no choice but to plead guilty to the burglaries, for which they have been jailed.”

Detectives from Southwark arrested Dora on Wednesday, February 8  for breaching his CBO. He was found to be in possession of six Apple Mac computers; officers discovered that they had been taken during a burglary the previous day at a company based in Tunbridge Wells.

It was established that there had been two burglaries in the same area on Tuesday, February 7. Dora was charged with both offences.

Detectives continued their investigation and enquiries linked three other men to the crimes. Holloway, Weekes and Brownhill were subsequently arrested and charged.

A 40-year-old woman arrested on suspicion of attempted burglary at a school in Battersea, south London, remained in police custody as of Sept 14 afternoon - TV news at 10:30pm reported she had been released on bail. The school will now have its security arrangements reviewed by the Metropolitan Police - it's where Prince George has spent his first few days in education.

The arrest at 2:15pm on Wednesday September 13, relates to an incident at Thomas' Battersea School on Tuesday 12. The woman was arrested in the vicinity of the school.

The Metropolitan Police are part of the protective security arrangements for the Prince.