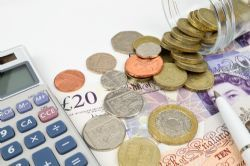 The cost to employers of implementing the new National Living Wage will be ‘significantly higher’ than official estimates with towns and cities outside of London and the South East disproportionately affected, according to new analysis from the University of Lincoln.

Professor Stephen McKay, Professor of Social Research in the School of Social & Political Sciences at the University of Lincoln, used data from the government’s Annual Population Survey 2014-15 to calculate the real terms cost to employers of introducing the National Living Wage, segmented by geographic region and employment sector.

The analysis also shows marked differences between the major industrial sectors. Jobs in retail, agriculture and health and social care will be among those most ‘profoundly’ affected. Almost half of employees in the food and hospitality industry would see wages rise with a percentage cost increase to employers of more than 10%.

More than a quarter (28.9%) of staff in the health and social work sectors would benefit from higher pay packets under the National Living Wage, leaving employers to find an extra £3 billion to cover the annual wage bill by 2020. Local authorities would need to find almost £1.7 billion extra in their budgets to meet the wage increases with the charitable sector facing a £500 million annual cost increase within five years.

Unlike official estimates from the Office for Budget Responsibility (OBR), the analysis compares what employees are paid now with what they would be paid in five years’ time.

This type of direct comparison ‘from now to then’ enables assessment of real terms cost increases facing employers over the next five years. The OBR estimates the additional cost to employers at £4 billion, incorporating predictions about wage growth, including rises in a hypothetical Minimum Wage, between now and 2020.

“While the move to a National Living Wage is welcome, the cost to employers of implementing these wage increases must not be under-estimated, particularly in those parts of the UK where a significant proportion of the workforce are employed in local authority, health and social care or charity sectors,” stated Professor McKay. “These are precisely the areas facing the largest percentage increases with older workforces and a high proportion of people on or just above the current National Minimum Wage.”

Professor McKay warned that budgets in these sectors were already under “extreme pressure” and further cuts in central grant funding expected in local authorities and charities over the next five years. It was difficult to see how employers could find hundreds of millions of pounds to meet their additional wage costs in these circumstances. “It would be a tragedy if the impact of the National Living Wage is the loss of public services and jobs,” observed Professor McKay. “The effects on workers may appear to be positive in terms of higher earnings but their ultimate spending power will depend largely on what actions are taken on tax credits, which currently have an uncertain future.”

Picture: Announced by Chancellor George Osborne, the compulsory National Living Wage may cause damage when it is introduced in 2016