Could You Tell Me the Time Please 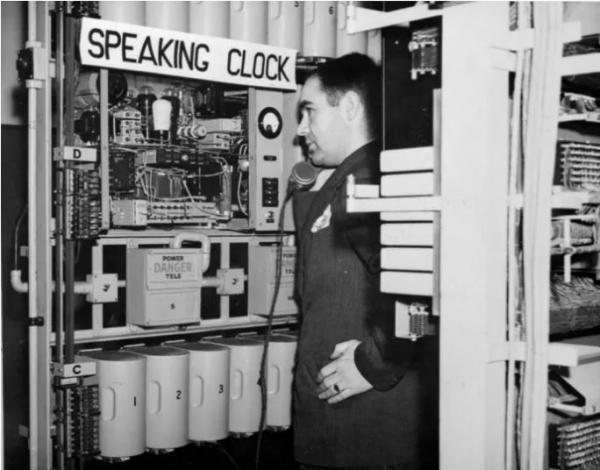 OK - it's not exactly FM - in fact it really has nothing to do with FM at all. But who else would tell you that BT is giving people across the UK the chance to go down in history and become the new permanent voice of the iconic BT Speaking Clock through a nationwide competition to mark the Clock’s 80th anniversary.

Today, around 12 million calls a year are still made to the BT Speaking Clock by dialling 123, especially on Remembrance Day, New Year’s Eve or when the clocks go forwards or back. Even Big Ben is set by the BT Speaking Clock, which is accurate to within 30 microseconds and has been keeping Britain on time, ticking away 24 hours a day, seven days a week since 24 July 1936.

Anyone 10 years and over can enter the competition to become the next voice of the BT Speaking Clock. The competition is being run in partnership with BBC television programme The One Show. Aspiring voice artists should visit the special website at: www.bbc.co.uk/theoneshow where they will find full details of how to enter. The website will be open for entries until 10pm on Monday 29 August 2016.

Picture: The winner of a competition will become only the fifth permanent voice of the BT Speaking Clock in its 80-year-history. They will be announced by BBC’s The One Show and their voice will go live in November this year. Previous winners have been much in demand by the media and for voiceovers and personal appearances