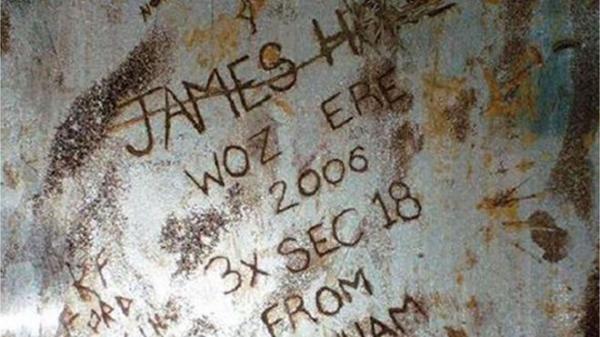 Nick Hardwick, Chief Inspector of Prisons, could not have been more critical in his report – Court custody: urgent improvement required – which paints a shocking picture of the condition of many court cells.

Inspectors from Her Majesty’s Inspectorate of Prisons visited the custody facilities at 70 Magistrates’ Courts and 27 Crown Courts between 2012 and 2014.

The conditions they found were described as 'squalid' with long standing graffiti on the walls that were racist, sexist and some even with swastikas.

Of most concern was the lack of any ‘meaningful risk assessment’ when detainees arrive in court custody or are released. Hardwick found that custody staff often received very vague information about risks in person escort record forms and were often reluctant to talk with detainees to help clarify concerns.

Cell sharing risk assessments, necessary at busy times when detainees had to share cells, were rarely properly conducted. Some senior custody officers were ‘too busy’ to do them and did not consider delegating the task to another custody officer. Important changes, such as the introduction of new cell sharing risk assessments, were often communicated to custody staff without a thorough briefing that would help to ensure their purpose was understood. The implementation of such changes was poorly monitored.

On release, pre-release risk planning was unusual with on most occasions, only a travel warrant given to vulnerable detainees. Most did not benefit from custody staff exercising any continuing duty of care. The report noted this was in sharp contrast to its findings in police custody inspections, despite there being similar issues on release. ‘Unlike courts, most police services recognise they have a duty of care that extends beyond the confines of the custody suite,’ the report observed.

The report stated that ‘often’, HM Courts and Tribunals Service managers appeared unaware of how bad conditions in the cells were or claimed that detainees only spent a couple of hours in them.

In reality, it was found that many detainees spent eight or 10 hours in a tiny cell with no natural light and sometimes no heating, that might be filthy or covered in graffiti, on a hard wooden or plastic bench with nothing to do. ‘We found some conditions that were a threat to the health of people working in or detained at the suite,’ said the report.

Provision for people who were pregnant, elderly or disabled was almost always inadequate. Custody staff had little awareness of the needs of children - it was rare for any allowance to be made for their age and concerns and children were sometimes detained for long periods without adequate supervision and reassurance.

The report was also damning about the physical health care which it found to be ‘poor with treatment and medication often delayed in the belief it would be provided later in prison or police custody. The first aid equipment was often insufficient for the type of emergencies likely to occur.’ However, it found that mental health, often linked to what was available in the court itself, was better.

Hardwick recommends that Ministers ‘insist that HMCTS develops and publishes a strategy with clear performance measures for the rapid improvement of detainee treatment and custody conditions’.

These improvements should include:

For its part the Courts and Tribunals Service has stated a programme of deep cleaning was underway and that it is working agencies that include Serco, GEOamey, Prisoner Escort and Custody Services and the National Offender Management Service with the aim of improving the management of court custody areas.

Picture:   Be upstanding in court but the cells are quite another matter according to a damning report from the Chief Inspector of Prisons

West Ham United have hammered out a new contract with LCC Support Services for cleaning it new London Stadium home. West Ham left their home at the Boleyn Ground...

A County Down man is the first person in Northern Ireland to be sentenced for possessing guides on grooming and abusing children under UK legislation introduced under the...