Crime and Punishment Guidelines May Not be Proportionate 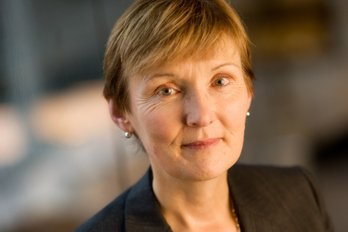 The new guidelines will apply to all health and safety cases sentenced after 1 February 2016, regardless as to when the offence was committed. Fines for the largest organisations in the sector following a fatality could in future cost many millions of pounds.

The guidelines set out the methodology magistrates and judges will have to adopt when sentencing, which cover:

In the future, courts will be instructed to ensure that fines are sufficiently substantial to have real economic impact on the defendant; intended to remind shareholders and managers the need to provide a safe working environment.

The guidelines will also apply to individuals prosecuted for health and safety offences. BSRIA states that the ‘shocking consequence’ of the guidelines is that it will require very little fault on the part of an individual to result in a custodial sentence which are currently rare.

“The UK has one of the best safety records globally and the unintended potential consequence of these guidelines could be that global organisations that suffer significant fines will decide that future global investment will be directed outside the UK where the sentencing regime is far less rigorous,” warned Julia Evans, CEO, BSRIA. “All workers are entitled to a safe place of work but a balance must be struck to ensure that the punishment following a conviction is both just and proportionate having regard to all of the circumstances.”

The message BSRIA wants to get across to all its members and the wider industry is the essential need to re-double all efforts and checks to guarantee operations are as safe as they can be. “The consequences of failing to do so may well be severe,” declared Ms Evans

One aspect that had to be borne in mind for the future is that convictions will certainly be required to be disclosed in future tenders that may affect the ability to win future work.

BSRIA is running its Safety in Building Services Design course on Thursday 25 February 2016.

Picture: Julia Evans, CEO, BSRIA – 'balance must be struck to ensure that the punishment following a conviction is both just and proportionate'