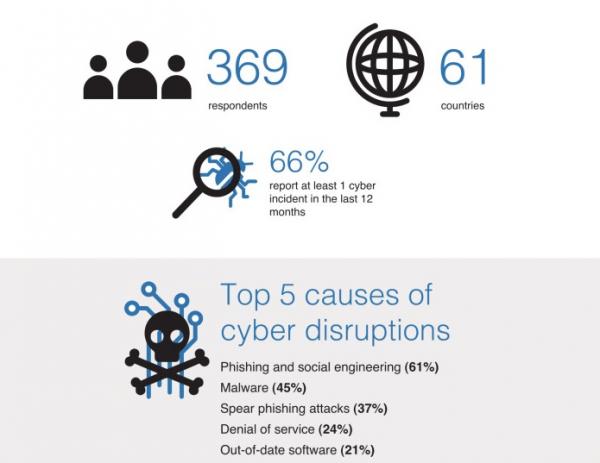 The results for the Crime Survey of England and Wales (CSEW) by the Office of National Statistics reveal for the first time that fraud is the most prevalent crime committed against people in England and Wales.

The statistics in the CSEW show that crime has changed, with offences enabled by the internet growing at a rapid rate. Criminals and organised crime groups no longer have to commit crime in person and often use the anonymity of the internet to commit crime.

The importance of the statistics underlines the fact that crime in this area is hugely under-reported as evidenced by the vast difference between the number of reports to Action Fraud (661,004 in 2015) and the millions shown in the CSEW.

Victims are frequently defrauded and then reimbursed by financial institutions with neither party reporting the matter to Action Fraud. This hampers law enforcements ability to investigate, prosecute or prevent further crimes being committed against victims and prioritise it against other crime types.

Greater reporting in this area would enable the authorities to close down the websites, phone lines and bank accounts that enable criminals to operate. In 2015 the City of London Police requested the disruption of 180,000 phone lines, bank accounts and websites to reduce the number of victims and take away the means by which criminals operate.

But with a recent report estimating the cost of fraud to the UK economy at £193 billion (Portsmouth University) more needs to be done and the introduction of the Joint Fraud Taskforce by the then Home Secretary, Theresa May has brought new impetus in this area.

With half of all fraud and cyber crime committed against UK victims by criminals’ overseas investigation in this area is costly and labour intensive but the UK continues to work with law enforcement internationally.

Action Fraud, the national fraud and cyber crime reporting centre, run by the City of London Police will be introducing a new system later this year that will significantly improve the service to victims, businesses and law enforcement agencies.

The new system will be the first nationwide crime recording system that will enable victims to track their crime via the website ensuring they receive up to date information on what action has been taken. This online system also provides advice to victims on what services are available to them and on how to prevent becoming a repeat victim.

Commissioner Ian Dyson of the City of London Police said: “These statistics lay bare the vast scale of fraud and cyber crime affecting every neighbourhood and community in the UK. This is a global problem and we are not alone in trying to grapple with this epidemic.

“The borderless nature of the internet has given criminals the opportunity to commit crime on a vast scale. Crime is changing and policing is changing to meet this new demand. But more needs to done if we are to better protect the millions of victims.

“But just as we all protect our homes from intruders, we should also take precautions to protect ourselves online.

"It is vital that we work closer with industry to help protect society and a large proportion of fraud and cyber crimes can be prevented by changing our behaviour and taking simple steps to keep our computers and identity secure."

Two thirds of respondents to a global survey by the Business Continuity Institute claimed they had experienced at least one cyber incident during the previous twelve months, and 15% experienced at least ten incidents during the same period. The frequency of these cyber incidents demonstrates why it is important for organisations to have plans in place to mitigate against these kind of threats, or to lessen their impact.

The Cyber Resilience Report, the result of a study conducted by the BCI and sponsored by Crises Control, found there was a wide range of response times for cyber incidents. Almost a third of organisations (31%) stated that they responded within one hour. However, one fifth (19%) take a worrying four hours or more in responding to a cyber event, and almost half (44%) take more than two hours to respond. This has clear implications for the time taken to return to business as usual, and the ultimate cost of the incident to the organisation.

Even if organisations wish to respond immediately to a cyber attack, the nature of the attack may render them unable to do so. The research found that phishing and social engineering was the top cause of cyber disruption, with over 60% of companies reporting being hit by such an incident over the past 12 months, and 37% hit by spear phishing.

It also found that 45% of companies were hit by a malware attack and 24% by a denial of service. All these forms of attack will, in different ways, render an organisation’s own network either contaminated or inoperable. Their website may have been taken down and they may well have to switch off their internet connection until they can secure themselves from further attack.

The research, a study of 369 business continuity and resilience professionals from across the world, also revealed that the costs of these incidents varied greatly, with 73% reporting total costs over the year of less than £50,000, but 6% reporting annual costs of more than £500,000.

David James-Brown FBCI, Chairman of the BCI, commented: “This piece of research is one of the most timely, insightful and relevant the BCI has ever produced. Cyber attacks tend to target the weakest links of an organisation, and this calls for a greater awareness of ‘cyber crime’. As the cyber threat evolves, it is crucial to stay on top of it, building long-term initiatives and regularly updating recovery plans.”

Rickie Sehgal, Chairman of Crises Control, said: “Rapid communication with employees, customers and suppliers is vital for any company in terms of responding effectively to a major business disruption event such as a cyber attack. When your business is at risk, even a one hour delay in responding to an incident can be too long. Taking more than two hours to respond, as almost half of companies do, is just unacceptable.” 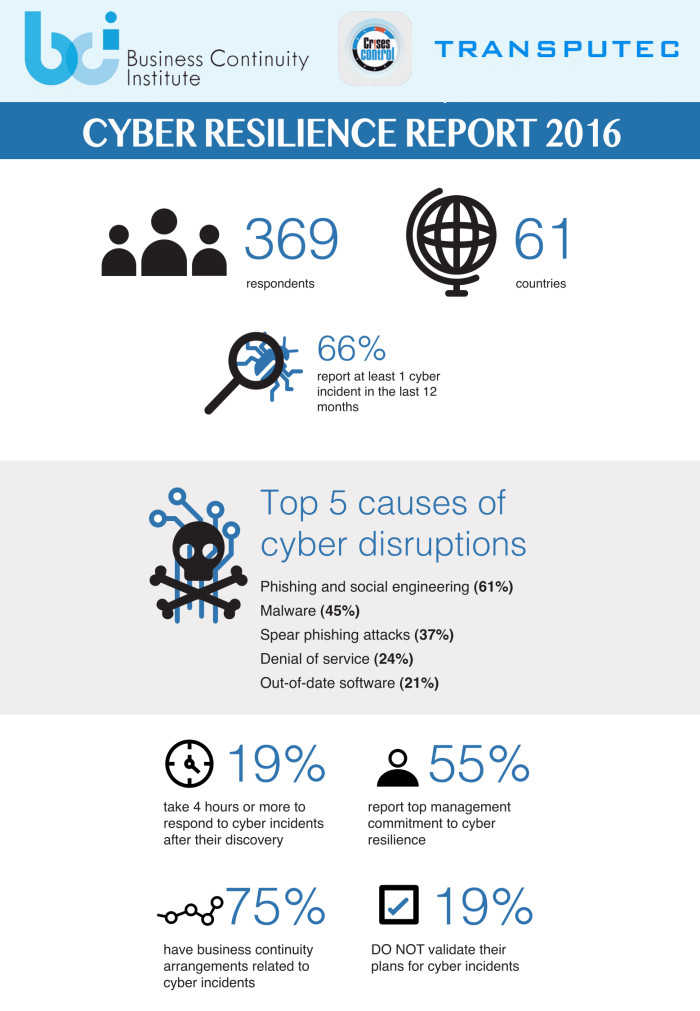 Protecting information while re-designing public services and introducing the technology necessary to support them is an increasingly complex challenge that is leaving a...