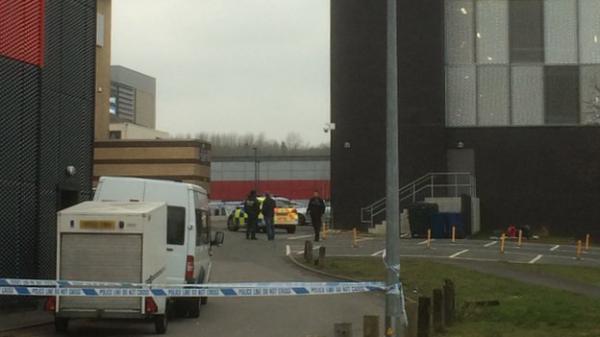 A tragic suicide has focussed attention on securing access to roof tops of tall buildings.

Although they are presumed to have been acting in a 'gang' inspired act of bad taste (not really believing the man would jump) they are being held responsible for exacerbating the distress that saw  42-year-old Ian Lam leap 60 feet to his death.

The incident took place at the Southwater multi-storey car park last Saturday at about 1pm. Mr Lam, who had a history of suicidal tendencies, was being talked to by police officers while certain members of the public were shouting: 'Go on, jump!' and 'How far can you bounce?'

Despite the efforts of specialist negotiators, the family man took his own life and was pronounced dead at the scene at about 15:40. He was described in a family statement as a ‘kind, caring and loving man’.

One witness told the BBC that about 20 people, mainly teenagers, but 'some grown men', filmed the event. "As we walked past, there were some youths shouting: 'Go on, do it – jump'," said Chloe Jones. "It made me feel quite sick, actually and then a lot of them were filming it. To see some grown men filming it - I just said to them: 'What on earth are you going to do with that footage? Are you going to home and watch it if that poor man jumps?'"

West Mercia Police stated they were examining social media footage that individuals had posted and were disgusted at the reported comments from the crowd.

"It is pretty appalling because it is someone who is clearly in need of support and assistance,” stated Inspector Ben Smith, West Mercia Police. "That behaviour is something we would condemn. Clearly what that individual needed was time and space and a professional to help them out."

Picture:    Southwater shopping centre in Telford was the scene of a tragic suicide, watched by a crowd of baying individuals who encouraged the man to jump 60 feet from the multi-storey car park.