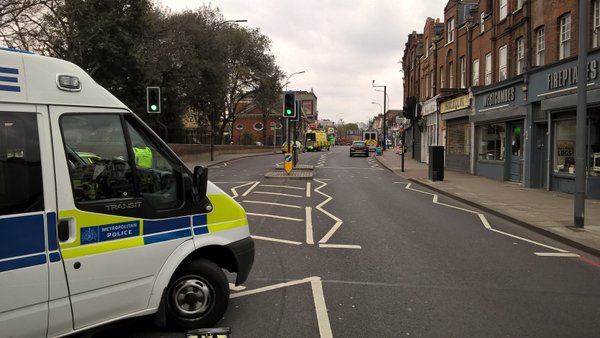 Firefighters Firefighters and the Police are at the scene of what is believed to be an unexploded World War Two bomb found near to Lee High Road in Lewisham in London.

A 200 metre safety cordon is in place and police have evacuated a school and a number of properties in the area as a precaution.

A number of road closures are also in place and motorists are advised to avoid the area if possible.

Police officers have been joined by specialist officers with a knowledge of explosives.

Picture - Closed streets in Lewisham, London where an unexploded WW2 bomb was thought to be found

Navy Plots a Safe Course to Save Parliament from Thames Bomb

London's Victoria Embankment was closed on the evening of January 19 as the Royal Navy was called in to assist the Metropolitan Police deal with an unexploded WW2...