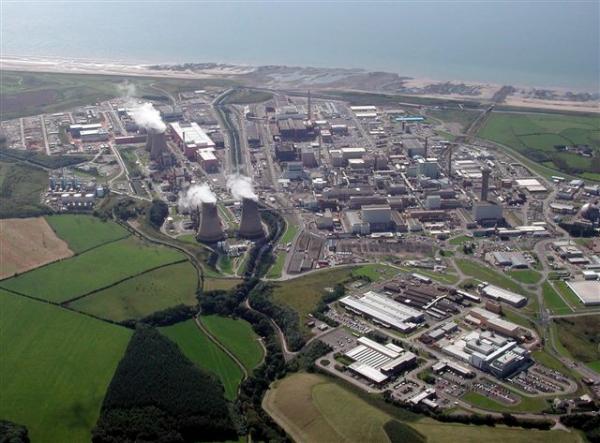 Construction workers who are members of Unite employed at Sellafield Contractor Group in West Cumbria have decided to back industrial action in a dispute over the company’s refusal to allow a full time union shop steward and a more ‘proactive remit’ for the site’s health and safety committee.

The presence of a union representative, including safety representation is essential at the Sellafield nuclear site in Cumbria – to work together with the workforce and the company - keeping employees, the public and the site safe and secure.

Over 1,200 Unite members have voted 98% in support of industrial action.

At a meeting on Tuesday, 21 April, union representatives decided to press ahead with their dispute following the 10 months’ dispute between Unite, Sellafield Contractor Group and the Engineering Construction Industry Association. Unite had been urging Sellafield Contractor Group management to get back around the negotiating table in a bid to find a ‘reasonable settlement’.

“Our members have lost patience with Sellafield management who have steadfastly continued to ignore our very reasonable request,” explained Steve Benson, Regional Officer, Unite. “All they are asking for is their rights for a co-worker to become a union shop steward at the Sellafield site to represent construction workers and keep them safe.”

"We are aware that discussions have taken place between Unite union and the contracting community about a ballot that could potentially lead to industrial action by those members,” said a spokesperson for Sellafield Ltd. “Sellafield Ltd is not directly involved in the potential dispute, which does not involve any of our employees, but we will be monitoring the issue closely. We hope all parties can reach agreement as soon as possible. Safety and security at the site will be unaffected by any resulting industrial action."

Picture:    Sellafield appears that it might be experiencing an escalation between the Unite union and the Sellafield Contractor Group and the Engineering Construction Industry Association.