Do They Win an Award for Safety or Innovation? 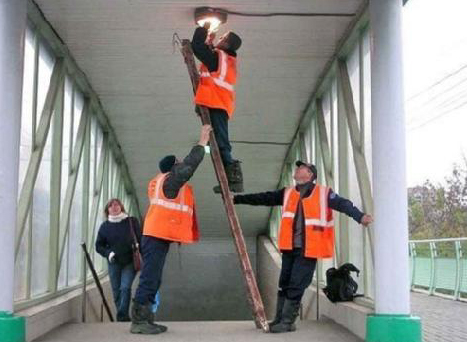 That was the question asked by one of our friends who kindly forwarded this picture.

Now that’s about it for the story. We don’t know who these chaps are - so if anyone wants to grass...I mean let us know who they are, we would be happy to contact them or their company.

My personal opinion is that they look to have carried out a risk assessment, will not be up the ladder that long and are footing the ladder adequately to prevent it falling. Not sure I would give them an award for safety (possibly for innovation) but don’t think I would have them up in front of a disciplinary board either.