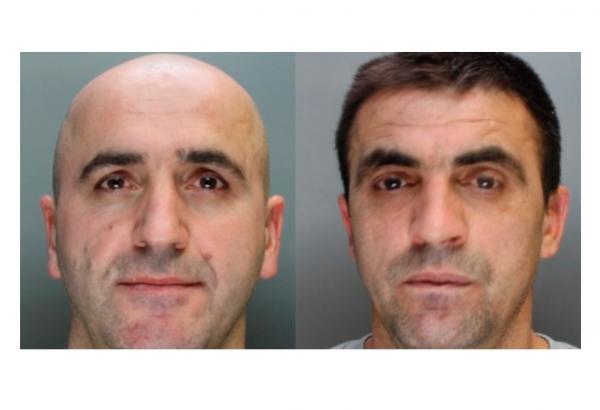 Two men who bottled and punched a work colleague after an argument at a staff Christmas party have been jailed.

Armendi Dokle, 35, from Ilford, and Durim Beqiri, 37, from Newham in London, were sentenced at the City of London Magistrates’ Court recently for the violent pub brawl which took place three days before Christmas and left their victim with a three-inch gash on his head.

The pair both pleaded guilty to one count each of actual bodily harm (ABH) and were both ordered to serve 18 weeks in prison and pay £100 compensation and a £115 victim surcharge.

The court heard that the fight broke out shortly after 2:30pm on Thursday, 22 December 2016 in the in the middle of the ground floor bar of the Liberty Bounds pub, in Trinity Square, not far from the Bank of England.

The pub was busy with people celebrating Christmas and a group of five men, all construction workers, were sitting at a table opposite the bar. During the drinks, a confrontation developed between Beqiri and another man within the group.

Beqiri argued with the victim before Dokle threw a bottle at his head. Dokle then grabbed another bottle and hit him again before Beqiri grabbed a pint glass and slammed it towards the victim.

At this point the fight was broken up by the rest of the group and other customers, while staff called police. The victim was taken to Royal London Hospital with a deep cut on his head, which required immediate treatment.

Beqiri and Dokle were arrested at the scene by officers from the City of London Police.

Upon interview, Beqiri confirmed he had drunk eight bottles of beer and two shots in the five hours he’d been in the pub. After initially claiming that he was acting in self defence from the victim attempting to bully him, when shown the CCTV he admitted he was in the wrong and felt 'ashamed'.

Dokle told officers he had drunk ten bottles of beer in the same period and could not remember anything. He refused to answer any other questions.

Detective Constable Joe Farrell from the City of London Police, said: “This was a nasty and violent attack which left the victim with a serious head injury. Luckily, he has now recovered but the effects of this attack could have been far worse.

“We want people to enjoy themselves when they are out in the City’s bars, pubs and clubs, especially during the festive season but this is a prime example of how some people can drink too much and become violent, which awful consequences.

“The City of London Police treats incidents of violent crime with the utmost seriousness and will do everything in its power to identify people involved in such crime and bring them before the courts.”

Picture: Main - Dokle & Beqiri. Below - the CCTV of the incident

The two women, aged 72 and 53, suffered serious head injuries as a result of a metal scaffold pole falling from a building on Eldon Street in the City of London –...