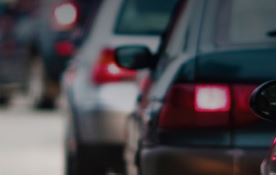 We are often asked by our corporate clients to advise them on driver policy issues. This is a particularly important concern, when it is estimated that up to a third of all road traffic accidents involve somebody who is at work at the time. It is understood this may account for up to 20 fatalities and 250 serious injuries every week.

What are the common mistakes?

Most employers incorrectly assume that provided they ensure their employees have a valid driving licence and MOT certificate, they have done enough to protect their business. This could not be further from the truth.

Is it just road traffic legislation which the business needs to comply with?

No, whilst the Police will continue, in the majority of cases, to take the lead on the investigation of road traffic incidents on the public highway, the Health and Safety Executive (HSE) will also investigate road traffic matters, albeit in very limited circumstances.

Enforcement action by the HSE will usually be limited to incidents where the Police identify serious management failures as being a significant contributory factor. An example of this could be where drivers are required to work excessive hours and an accident has occurred due to driver fatigue.

What are the duties I need to comply with?

Employers are required to comply with their duties under the Health and Safety at Work Act 1974 (the Act) to ensure that its employees are not exposed to risks to their health and safety (section 2 of the Act). This includes the time when they are driving, whether that be in a company vehicle or a private vehicle.

Although the risks associated with driving cannot be completely eliminated, an employer has a responsibility to take steps to reduce such risks to as low level as is 'reasonably practicable', in the same way as they would in the workplace.

What steps do I need to take to comply with this duty?

In order to determine what steps an employer should take, it must carry out a “suitable and sufficient” assessment of the hazards and risks associated with driving as part of its work activities.

Any investigation by the HSE will seek to establish whether an appropriate risk assessment has been carried out and whether measures to address the risks have been effectively implemented by way of a driving policy.

What sort of issues should be covered by the policy?

What are the benefits?

Case studies and research have shown that the benefits from managing work-related road safety and reducing crashes include: