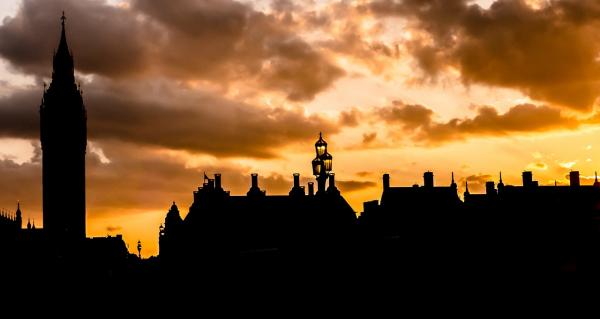 The Mayor of London has warned that some businesses in London could be forced to close down if the Government ploughs ahead with plans to increase the business rates bill by as much as 45 per cent this year - on top of Brexit uncertainty.

The New West End Company, London Councils, the London Chamber of Commerce and Industry, the Federation of Small Businesses in London, the Heart of London Business Alliance and many other leading organisations, have joined the Mayor in writing to the Chancellor of the Exchequer Philip Hammond, arguing that the scale and suddenness of the business rates hikes will have a negative impact - despite the fact that most property professionals have been aware of the impending rise since rate rises were frozen back in 2012.

Hammond is expected to have made some allowance in his budget due next week.

It is believed the full rise will have a particularly damaging impact on independent businesses in areas such as Chinatown and the West End, as well as parts of inner London such as Hackney and Islington where property values have increased dramatically.

The organisations also urge the Chancellor to introduce measures to mitigate the impact of the rises by introducing policies to help businesses generate more income and to commit to a review of business taxes, including business rates.

The Mayor of London, Sadiq Khan, said: “I am genuinely shocked that the Government’s actions will damage the prospects of so many businesses in the capital, putting many at risk of closure. This is the last thing that London businesses need and will serve as a kick in the teeth for tens of thousands of companies in the capital who are still digesting the recent vote to leave the European Union.

“This skewed system is because central Government fixes the total amount of business rates to be collected – and with London generating more, the rest of the country is asked for less."

Khan has been lobbying Government for more generous transitional arrangements that will phase in the impact of this increase in London more slowly – but despite limited concessions made by the Chancellor in the Autumn Statement, many businesses will see huge increases within the next few weeks. At the last revaluation in 2010 no business could face an increase of more than 12.5 per cent in the first year – the current Government has set the maximum increase from April 2017 at 42 per cent - more than three times higher.

It is also estimated that nearly 7,000 larger businesses - mainly retailers, restaurants and licensed premises linked to the night-time economy in inner and central London will see their business rates bills rise by almost 50 per cent on April 1. The business rates contribution from ratepayers on Oxford Street, Regent and Bond Streets will increase from £160 million to nearly £240 million overnight.

Business rates are a property tax set by the Government based on the assumed annual rental value on the open market of business properties as estimated by the national Valuation Office.

Sir Peter Rogers, Chairman at New West End Company said: “Businesses across London now find themselves on the precipice of a monumentally increased tax burden, amidst a climate already hampered by economic uncertainty. West End stores are facing an average 80 per cent increase in rates since the last revaluation, even though sales have only risen by 30 per cent in the same period. Whilst last year’s concession on transitional relief measures will offer some relief, businesses will still face significant hikes of 44 per cent in the first year, with further increases thereafter.”

Colin Stanbridge, Chief Executive of London Chamber of Commerce and Industry said: “We were worried about the impact an increase in business rates might have even before we saw the revaluations. Now, with the changes about to hit we call on the Government to urgently review them. They will have a far reaching impact, across the capital and across sectors. Many will struggle to invest in staff, equipment, training or other resources “This is not a case of wanting more for London for the sake of it. This is a very real concern about the future of London businesses.”

Councillor Peter John, London Councils’ Executive Member for Business, Skills and Brexit said: “The capital’s businesses large and small are the life-blood of the boroughs, yet these disproportionate rises threaten to put many out of business. If we are to protect businesses– particularly following the Brexit vote – Government must re-think these hikes. More broadly, there must be a fundamental shake-up of the system that recognises the capital’s unique tax base and demographic pressures.”

Ros Morgan, Chief Executive of Heart of London Business Alliance says: “As the voice for businesses across Piccadilly, Leicester Square and St James’s – the heart of London – we know the detrimental impact of large business rates rises on the West End. The proposed hike in rates threatens London’s world-class destination status for visitors and future inward investment from international businesses."

The Taxpayers’ Alliance issued a briefing note in response to the revaluation, arguing that the system of business rates, which calculates tax owed using a business’s property rental value, is in need of reform.

Labour have responded to fears about the impact of looming business rate hikes for some businesses by calling on the Government to set up an emergency transitional relief fund and take a series of measures to ease the business rate burden for business.

Labour’s five point plan to help business survive the revaluation and develop a system of business taxation suitable for the 21st Century:
1. Set up an emergency transitional relief fund for businesses facing 'cliff edge' increases in their rates and revise the appeals process to ensure businesses get a swift and fair hearing

2. Bring forward CPI indexation so that businesses aren’t paying more because of how inflation is measured

5. Fundamental reform of the business rates system to ease the burden on traditional high streets and town centres in the age of online shopping; support the traditional fabric of our communities, including community pubs and incentivising free cash machines; and create a fairer system of business taxation.

Shadow Business Secretary, Rebecca Long-Bailey, said: “From delaying the revaluation to their failure to put adequate transitional arrangements in place, the Government have mishandled this whole process, and should provide immediate emergency relief to stop thousands of businesses going under.

“But the reality is that business rates are a ticking time bomb. It cannot be right for smaller, town centre retailers to be facing massive hikes while the Amazons and ASOS’s of this world have their business rates cut. Given our long-standing productivity problem, it is madness that we tax businesses’ plant and machinery.

Andrew Silvester, Head of Campaigns & Deputy Director of Policy at the Institute of Directors said:
“It’s hugely important that politicians on all sides look for constructive ways to reform business rates. This is a 20th century system and in a 21st century economy it looks painfully out of date.”