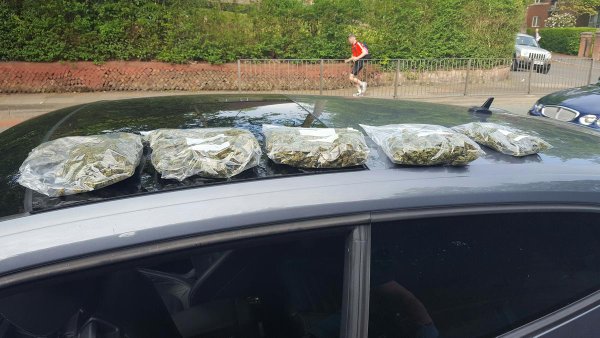 Two men suspected of funding terrorism were arrested early on Tuesday (May 17) and have now been bailed.

The men - both aged 24 - were arrested at about 5:30am by detectives from the Metropolitan Police Service's Counter Terrorism Command (SO15).

They were arrested at separate residential addresses in south London on suspicion of conspiracy to provide terrorism funding (contrary to Section 1 of the Criminal Law Act 1977).

A third man - aged 25 - was arrested a short time later, at another south London address, on suspicion of possession with intent to supply Class B drugs (cannabis).

Officers searched the addresses, as well as searching a further two residential addresses in the same area.

The two 24 year olds have been bailed until June. The third man is still in custody.

Picture: For illustration. This drugs bust occurred in Manchester this week. 'First vehicle stop of the day and look what we've found! All started with driver failing to wear a seatbelt' - was how officers Tweeted the bust