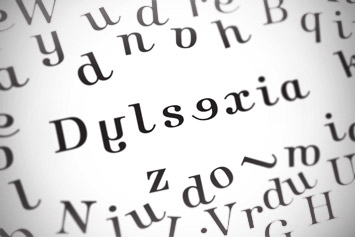 The ruling by an employment tribunal that a dyslexic Starbucks employee was wrongly discriminated against on the grounds she falsified accounts could have a big impact on all employers.

The case involves Meseret Kumulchew who works as a supervisor in a Starbucks’ branch in Clapham Junction, south-west London and whose principal duties were logging the temperature of fridges and water at specific times and entering the results in a duty roster.

Due to her disability, Ms Kumulchew found it difficult to fulfil these tasks and mistakes were made by her which the company went on to allege were deliberate attempts to falsify information. Starbucks did not sack her but moved her to lesser tasks, all of which caused depression and even contemplating suicide. "I am not a fraud,” Ms Kumulchew told the BBC in an exclusive interview. “The name fraud itself shouldn't exist for me. It's quite serious. I nearly ended my life but I had to think of my kids. I know I'm not a fraud. I just made a mistake."

In its ruling which was made in December, the tribunal found Starbucks had not made reasonable adjustments to take into account Ms Kumulchew’s disability and was guilty of discriminating against her because of it. Starbucks has issued a statement. ‘We are in ongoing discussions with this Starbucks partner (employee) around specific workplace support and we are not able to comment on a case that has not yet been completed.’

The matter of compensation is currently being dealt with by a tribunal as a separate matter.

It is estimated that as many as one in 10 people suffer from dyslexia to a greater or lesser degree with many not having been diagnosed for the disability.

Although he British Dyslexia Association refused to comment on individual legal cases, it stated that all organisations should make reasonable adjustments for those with disabilities, including dyslexia, under the Equality Act 2010. It urged that they should have appropriate policies in place and make sure there are measures to avoid discrimination, including in the recruitment process, the work environment and colleague reactions.

"Employers must make reasonable adjustments which can include ensuring appropriate training for staff about dyslexia awareness, providing an environment where those who are or think they may be dyslexic feel able to discuss their difficulties and strengths with managers and get appropriate support, e.g. equipment, strategy training, awareness training,” a spokesperson stated. “All dyslexic individuals are different so this dialogue is important to meet the needs appropriately.”

However, the BDA reports that its National Helpline is receiving numerous calls from adults who are facing serious problems and discrimination in the workplace. “Many have found themselves very emotional, stressed, anxious and feeling as if they have nowhere else to turn,” added the spokesperson. “These feelings which with the right support and awareness could easily be avoided, can lead to time off work and loss of productivity. People with dyslexia can bring unique skills to an employer and they should be valued as part of a team with mixed skills and strengths.”

The BDA has argued that aside from training, workplace needs assessments were useful for both employee and employer in finding out what specific support mechanisms could be useful in supporting a member of staff with dyslexia. These assessments are available from the BDA and other organisations involved with dyslexia.

Picture: An employee of Starbucks won her case of discrimination due to it failing to take into account her dyslexia which one in 10 people are estimated to suffer from