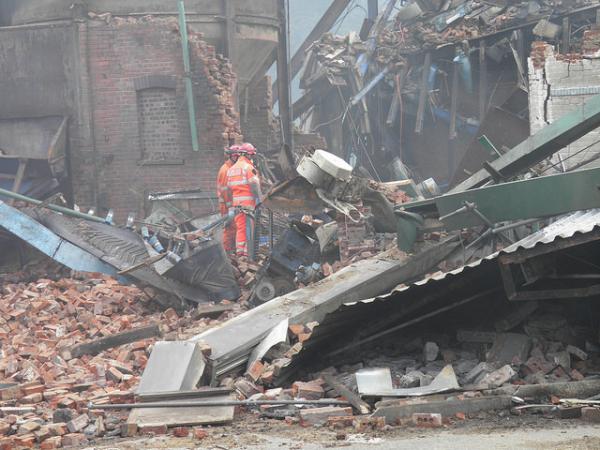 The HSE continues to work closely with Cheshire Police and Cheshire Fire and Rescue Services at the Wood Flour Mill in Bosley.

As part of the on-going investigation, HSE has served a further Prohibition Notice (PN) on mill owners Wood Treatment Ltd, in relation to dust issues in a sheds on the site of the mill. The Prohibition Notice has been served preventing work activities until the issues identified involving the processing and bagging of large amounts of paper dust in one of the sheds on site, have been resolved.

This is the second PN served on the mill during the investigation into the fatal explosion on July 17 and inspectors are working with the company to ensure safety and further enforcement action has not been ruled out.

An Improvement Notice was served alongside the first PN two weeks ago, with all notices related to conditions in the sheds.

HSE Head of Operations for the North West, Steve Smith, said: “As the investigation progresses, HSE Inspectors are working with the company to identify potential and actual safety issues around the site.

“HSE specialists continue to assist with the collection of evidence in order to try to establish exactly what happened.”

Picture: The devastating scene shortly after the explosion at Bosley Mill