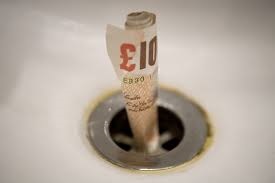 In summer 2013, the Sentencing Council launched a consultation seeking views on proposed changes to the manner in which environmental offences are punished in the criminal Courts. In recognition of the infrequency with which the Courts are called upon to consider the issues (research suggests that 40,000 environmental cases pass through the Magistrates’ Courts each year) and the limited assistance available to them when they do, the SC has now finalised and published a guideline to direct the environmental sentencing exercise.

Does the guideline apply to all environmental offences?

2010 (EPR) (illegal discharges to air, land and water). These offences are selected due to the frequency with which the Courts sentence such matters and the relatively high statutory maximum penalties presently available.

In sentencing certain other environmental offences, Courts should follow the general sentencing approach set out in the guideline, but with the starting points and ranges adjusted, bearing in mind the statutory maxima for those offences.

The other offences covered by the guideline are:

Section 34, Environmental Protection Act 1990 (“EPA”) (breach of the duty of care in relation to waste)

Prior to drawing up the guideline, the SC discussed three possible sentencing models with a pool of Crown Court Judges, District Judges and Magistrates. “The feedback…was that a narrative guideline that lists the principles a sentencer should follow would not be helpful without clear starting points and ranges”. This has resulted in the SC now introducing a tariff based guideline; a marked change to the present system in which no tariff is imposed.

Organisations convicted of offences under section 33 of the EPA or Regulations 12 and 38 of the EPR could now face fines of up to GBP 3 million, with a starting point of GBP 1 million for the most serious offences! Individuals convicted of the same offences may be sentenced to up to 3 years in prison.

What will the starting points be?

Individuals: these defendants will be subject to the banding system currently contained within the Magistrates’ Court Sentencing Guidelines. For individuals, the most serious offences will attract a starting point of 18 months’ custody with a range of 1 to 3 years. The least serious offences have a starting point of a Band A fine (typically 50% of relevant weekly income but varying from 25% - 75%) with a range of conditional discharge to a Band A fine.

Offenders which are companies, partnerships or bodies delivering a public or charitable service are expected to provide comprehensive accounts for the last three years to enable the Court to make an accurate assessment of its financial status. In the absence of such disclosure, the Court will be entitled to draw reasonable inferences as to the offender’s means. There is even scope for the Court to take into account the resources of a linked organisation and to step outside the guideline altogether where a defendant company’s turnover greatly exceeds the GBP 50 million threshold for large companies.

So how is seriousness determined?

The guideline sets out a step by step approach to the sentencing exercise. The first step is to determine seriousness by categorising the offence according to the harm caused and then identifying the culpability factors.

There are four harm categories based on the Environment Agency’s Incident Classification Scheme, which is used to categorise non-compliance based on the level of harm. Businesses will now, more than ever, need to consider whether or not to challenge the categorisation imposed in the immediate aftermath of an incident, given that this will ultimately affect the Court’s view of the seriousness of the matter and therefore impact upon sentence.

There are also four culpability categories

The guideline states dealing with risk of harm involves consideration of both the likelihood of harm occurring and the extent of any harm. Therefore, where the offence has caused risk of harm but no actual harm (or less than the potential harm anticipated), the normal approach will be to move down to the next category of harm, for example, from deliberate to reckless.

The Court will then engage in the familiar process of analysing the aggravating and mitigating features by reference to identified factors increasing or reducing the seriousness of the offending.

Having arrived at a proposed level of fine, it is suggested

the Court step back from the process and take into account other factors that may warrant some adjustment to the proposed punishment. Matters such as means, the impact on employees and customers are relevant here, as interestingly is the effect of the fine on the offender’s ability to improve conditions and achieve compliance.

However, important to note is the fact that relevant recent convictions and/or a history of non-compliance are likely to result in a substantial upward adjustment.

The guideline also suggests that the Court should add to the fine any economic benefit the offender has derived from the wrongdoing.

Echoing the well known health and safety authority of R v Howe, the SC confirms that, for corporate offenders, ‘the fine must be substantial enough to have a real economic impact which will bring home to both management and shareholders the need to improve regulatory compliance’.

It continues ‘whether the fine will have the effect of putting the offender out of business will be relevant; in some bad cases this may be an acceptable consequence’.

In the current economic climate where profit margins in many industries remain slim or non-existent, the levels of fine anticipated mean this could be a very real risk.

What is clear is the potential for more seven figure fines against large organisations over the coming years for environmental offending.

However, for individuals and smaller organisations, whilst levels of fine seem set to increase, the impact is likely to be less given the requirement for the sentencing Court to consider the offender’s means when handing down a financial penalty.