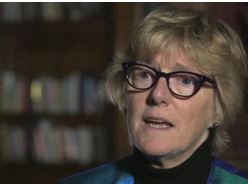 In her latest annual report, ‘Health of the 51%: women’, the Chief Medical Officer (CMO) Professor Dame Sally Davies makes recommendations on a wide range of health issues, most notably obesity, ovarian cancer and ‘taboo problems’ such as incontinence and the menopause.

The report highlights obesity as one of the biggest risks to women’s health, affecting all aspects of a woman’s life from birth, family planning, pregnancy and right through to menopause and later life.

In England, 56% of women aged 35 to 44 and 62% of women aged 45 to 54 were classified as overweight or obese in 2013. Dame Sally says that the growing obesity problem is so serious that the government needs to make tackling obesity in the whole population a national priority.

She said: "Action is required across all of society to prevent obesity and its associated problems from shortening women’s lives and affecting their quality of life. We need to address the educational and environmental factors that cause obesity and empower women and their families to live healthier lives.

"As obese women have an increased chance of miscarriage and premature birth, the report highlights planning for pregnancy as an important missed opportunity to give women health messages to improve their mental and physical health and that of their children."

Dame Sally wants to end the myth that women should eat for two when pregnant. She has asked all women to work with healthcare professionals to make positive changes when planning to get pregnant and to stay healthy throughout their pregnancy.

She said: "In women, obesity can affect the outcomes of any pregnancies they have and the health of any future children they may have. This is a difficult message to convey, as it risks burdening women with guilt and responsibility, but I believe that it can also empower women to take positive steps like eating more healthily and taking more exercise. It is never too late to take action for a healthier lifestyle – for you and your family."

The report encourages women not to suffer in silence about some of the problems they find embarrassing to talk about, such as incontinence or the menopause.

Dame Sally said: "We need to challenge taboos around the menopause and incontinence to make sure embarrassment is never a barrier to better health. Problems ‘below the waist’ are not generally seen as attractive topics for public discussion and women are often reluctant to seek help for common disabling conditions. This needs to end – women should never suffer in silence. Breaking the taboo around these subjects will help more women come forward and get the care they need."

The CMO’s report also examines women’s cancers, particularly ovarian cancer. This is the second most common gynaecological cancer and the most lethal, with 6,483 women in England diagnosed with ovarian cancer in 2012 and 3,988 deaths in 2013. Survival in England and the UK is among the lowest in the OECD nations, with 5-year survival rates around 36%.

Dame Sally said: "Deaths from ovarian cancer are still stubbornly high - a national audit of ovarian cancer is surely long overdue given the numbers of deaths we are seeing from this silent killer. We have seen such audits improve outcomes for lung, bowel, head and neck cancers and I want to see the same happen for ovarian cancer."

A study indicates that women may be taking competition with other women at work too seriously and negatively. The study from UCL School of Management reveals it could...

Carillion, in partnership with Kazuri Properties and the Centre for Innovation and Social Action (CIVA) has launched a new initiative to support women from disadvantaged...

More than 140 major UK employers including BAE Systems and Royal Bank of Scotland have pledged to improve gender equality in the workplace by signing up to the...