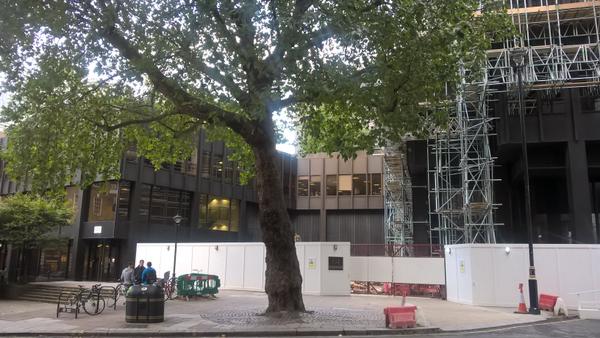 Firefighters dealt with a small fire in an office block under refurbishment on Buckingham Gate in Westminster on Monday.

A small amount of wood and plaster at the bottom of a redundant lift shaft was damaged by fire. Seven construction workers left the building before the fire services arrived.

The Brigade was called at 5:14pm and the fire was under control by 5:58pm. Fire crews from Lambeth and Soho fire stations attended the incident.

Picture: With thanks to the London Fire Brigade.