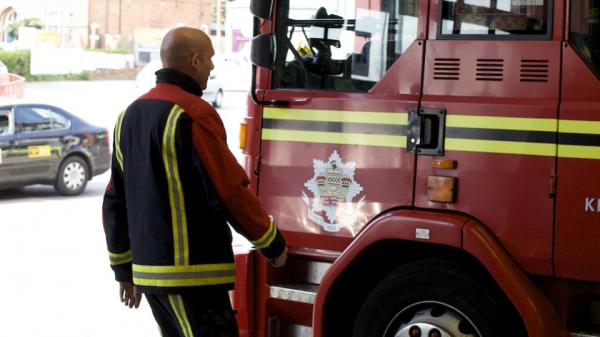 Firefighters have issued a further eight day period of strike action. The strikes will take place for eight days from Saturday 9 August - until Saturday 16 August between 12pm-2pm and 22:59-23:59.

Matt Wrack, the Fire Brigades Union general secretary, said: “It is absolutely ludicrous that a government can impose a scheme which means that firefighters will have to ride engines and rescue people from fires up to age 60. The current proposals in England and Wales are still unworkable and mean that firefighters will still face dismissal simply because they cannot maintain the high physical fitness requirements necessary for their role.

"The current proposals would also mean that if firefighters opt for early retirement, the reduction in their pension would be unacceptably high.

“This is unsafe and unrealistic for both firefighters and the public. We know it, and the public know it, but the government will not listen to the evidence based case we have made to them.”

An improved position meaning that firefighters can retire with more flexibility from age 55 has been considered and seemed on the verge of government approval until the recent Cabinet changes.

The costings provided by the government’s Actuary Department mean firefighters who take early retirement would get a reduced pension of around 10% – 13% rather than the reduction currently on the table. The FBU also wants flexible retirement options to be included.

Sean Starbuck, FBU national officer, says: “It’s extremely disappointing that we have had to issue more strike dates. We have a new fire minister but to date she doesn’t appear to have listened to our case."

No industrial action is being taken in Scotland and Northern Ireland as improved pension proposals are being discussed.

No Confidence in new control centre

Meanwhile, Manchester firefighters have passed a vote of no confidence in a new control room for the north west of England that is set to open near Warrington that would deal with emergency calls for four brigades.

The centre was originally part of the ‘Fire Control’ project, which would have seen the replacement of 46 control centres across the country with nine but was dropped after amounting costs of almost half a billion pounds.

The fire services of Greater Manchester, Cheshire, Cumbria and Lancashire subsequently took over the project, but local firefighters say that poor staffing levels and a reduction on local knowledge could cost lives.

Gary Keary, Fire Brigades Union secretary for Manchester, said: “The new control centre will have a total of about 45 operators - we had a similar number just to cover Greater Manchester. There are severe concerns about this centre.

“There is also the issue of local knowledge which can be essential as people may not be at their calmest or coherent when giving information about an incident.”

The motion reads: 'We believe the control centre will be unable to provide the same level of service to Greater Manchester Fire and Rescue Service and also to the public of Greater Manchester. This is based on: the perceived lack of training, our belief there remains unresolved data issues on the mobilising system, ongoing unresolved HR issues and concerns about the number of staff being employed and the shift systems'.

The Department for Communities and Local Government and the Fire Brigades Union are still at loggerheads with today's latest strike action seemingly doomed to be...